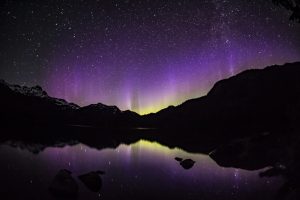 Aurora Capital Partners closed its latest flagship fund on more than $1.7 billion after pushing fundraising through the market slowdown of last year, a person with knowledge of the firm told Buyouts.

The firm raised the bulk of Fund VI before markets shut down in the pandemic, but still managed to solicit commitments from investors after everything slowed.

Aurora Capital Fund VI closed on about $1.76 billion, over its $1.5 billion target, but didn’t quite hit its $1.8 billion hard cap. Park Hill Group worked as placement agent on the fundraising.

The firm, based in Los Angeles, hit the market with the sixth fund in 2019. It had exceeded its target by June, according to a Form D fundraising document filed at the time, which showed the fund collected about $1.57 billion from 83 limited partners.

The firm was formed by Gerald Parsky, former assistant secretary of the treasury in the administration of President Gerald Ford. Parsky, who holds the title of senior adviser and chairman, is no longer involved in day-to-day management of the firm.