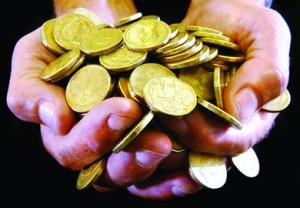 Benign economic conditions down under for the past decade have left Australians with a sense of surprise tinged with apprehension at the current global market turmoil. LBO activity has continued, albeit at a much reduced pitch, there have been no major banking collapses and the falls in stock market valuations have been welcomed by some as an opportunity for M&A activity.

“If you take it in context, Australia is doing much better than the US and UK, because we don’t have home grown investment banks,” points out Katherine Woodthorpe, president of the Australian Private Equity and Venture Capital Association (AVCAL). She notes that leverage levels have fallen slightly, from 70/30 debt to equity a year ago, to more like 50/50 today, but it is still possible to borrow, at higher interest rates.

“There has not been much change in the number of completed deals, in the mid-range,” she says, “although the very large LBOs are now rare, if you see them at all. I suspect there will be less activity in retail for the next while, since it’s hard to turn these around when consumer confidence is low.”

Australian banks have taken some hits from bad debt coming from overseas banks, but each have seen their stock market valuations fall by similar amounts, meaning that they are not liable to start buying one another. “Our policy doesn’t allow large banks to be taken over,” says Woodthorpe. In the IT sector, falls of as much as 66% in the value of the largest Australian companies has prompted speculation that a period of consolidation may be in prospect, with international giants such as Fujitsu and Hewlett-Packard mentioned as potential acquirers.

Having posted budget surpluses for each of the past ten years (except 2001), the Australian government has capitalised on the exceptional demand for minerals, from an influx of workers from Asia and from the healthy banking system, according to Simon Pillar at Pacific Equity Partners in Australia. “We’re in a position where we’ll have a relatively softer landing than other countries,” he believes. “The government can provide tax relief to consumers and will guarantee deposits for three years. We are certainly in a better position than the US and UK.”

From an LBO point of view, the Australian market is still at a relatively young stage, says Pillar. “The market has evolved in Australia, with the infrastructure to support a vibrant LBO culture, with lending institutions and law firms etc, but it’s not as mature as the UK or US,” he says. “If you look at LBOs as a percentage of M&A, there is still a long way to go until maturation.”

For the moment, there remain some ‘unadjusted value expectations,’ as Pillar puts it, which have contributed to the market slowdown, but he believes that activity will restart once a more realistic mood has returned to valuations. “The levels of leverage that are available will doubtless be less than in the past,” he says, “but we’ve been operating in a very healthy environment, with high growth rates.”

Part of the reason for this growth has been Australia’s proximity to the rapidly expanding Asian markets, particularly China. The extraordinary demand for raw materials from China has underpinned the national economic performance in recent years, a factor which has only recently faded. The Australian dollar fell by 30% against the US dollar from July to October 2008, prompted by declining demand for commodities as the global slowdown took hold.

This currency correction also accounts for Australian corporates being less bullish overseas, according to Pillar. “It has become much more expensive for them to go charging offshore,” he says,” but if there is a strategic reason to acquire offshore, then people will still do it.” Companies such as Macquarie, with its wide range of investments around the world, may still remain active, despite the lower dollar, alongside large Australian private equity firms such as Champ, Ironbridge, Catalyst and Archer.

Asian acquirers have so far been infrequent visitors to Australia, preferring to place their money closer to home, says Woodthorpe at AVCAL. Asian banks have low debt ratios, in response to the Asian financial crisis of 1997, but “I think there’s plenty of pipeline and opportunities in Asia for acquisitions, so although we perceive our banking system as being more appropriate, the Asian investors say ‘we have good opportunities, so why bother?’.” US private equity firms such as KKR and Carlyle have made occasional acquisitions over the past year, including Carlyle’s purchase of the largest Australian equipment hire firm Coates Hire in late 2007.

Nevertheless, Woodthorpe identifies China as the key nation for Australia’s ongoing economic prosperity. “If China holds up, then Australia will hold up,” she says. “It depends on China’s internal market. The US import market is down, so as long as China can become self generating, Australia will continue to grow.”

Australians view the carnage elsewhere in global financial markets and are so far breathing quiet sighs of relief.