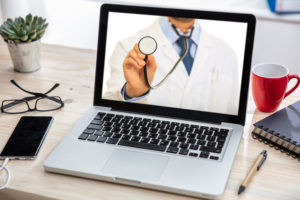 The fund exceeded its 2016-vintage predecessor by roughly the same percentage, making it the largest yet raised by the New York private equity firm.

Fund V benefited from “substantial excess demand” from limited partners, Dean said. Existing LPs re-upped with “slightly higher commitments,” he said, while Avista expanded its investor base with new LPs from across North America, Europe, Asia and the Middle East.

In all, about two dozen LPs committed capital, among them Fresno County Employees’ Retirement Association and Hamilton Lane. UBS Securities was the fund’s placement agent.

In January, Avista announced the sale of a minority interest to Capital Constellation, an institutional joint venture advised by Wafra Group. The investment represents an “important strategic move,” Dean said, to help expand the firm’s relationships but did not directly impact Fund V. “We already had great fundraising momentum prior to Constellation.”

Fund V’s close comes six years after Avista introduced a key shift in strategy. The firm emerged in 2005 from DLJ with a broad sector specialization that included communications, energy and healthcare. After reviewing “where our strengths were and where our performance had been,” Dean said, the decision was taken to solely focus Avista Capital Partners IV on healthcare.

Avista’s changeover was not difficult to manage. Dean and Burgstahler are both longstanding healthcare investors, with Burgstahler formerly leading DLJ’s healthcare team. Since the mid-1990s, they have overseen more than $6 billion of equity invested in over 35 healthcare businesses – experience that creates an ability to “see value where others don’t,” Dean said.

This is perhaps indicated in Fund IV’s track record. The vehicle was generating a 1.5x net investment multiple and 41 percent net internal rate of return as of September 2020, sources told Buyouts. Dean and Burgstahler declined to comment.

Fund V will maintain Avista’s strategy, making mostly control-stake investments in North American and European mid-market companies in pharmaceuticals, medical devices, outsourced pharmaceutical services, distribution and consumer-driven healthcare sectors. It will generally do deals valued at $400 million to $800 million, investing an average of $125 million or higher with the help of co-investors.

In a competitive deal environment, Avista differentiates itself by emphasizing “the product innovation and technology side of healthcare,” Burgstahler said.

One target area is outsourcing, such as contract manufacturing, contract development or contract research. Another is direct-to-consumer healthcare models or what Burgstahler calls “self-directed medical care.” Both were accelerated by covid-19, he said, and reflect Avista’s interest in opportunities that “deliver more efficient and better healthcare outcomes.”

In a space that sees thousands of transactions every year, Avista “sifts through deal flow,” Burgstahler said, to find healthcare businesses with “growth potential that is unrealized.” The goal is to put these companies on an expansion path, often through new product development, M&A and globalization.

Fund V, expected to make about 10 investments, has so far deployed 40 percent of its capital to four platform deals. The first, done two years ago, was GCM, an outsourced maker of high-precision components for the med-tech sector. The fund’s most recent investment, Solmetex, a supplier of dental products for water treatment and waste management, was acquired in January.

Dean and Burgstahler manage a team of some 25 investment and operations professionals, as well as six healthcare operating executives. Senior team members include partner Robert Girardi, who joined Avista in 2010 from Quadrangle Group, and partner Sriram Venkataraman, who joined in 2007 from Credit Suisse.