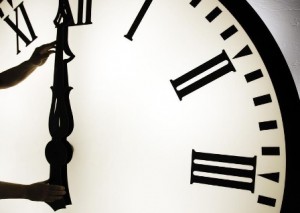 That’s one of the key findings of a new study by Pantheon called “Are Strong GPs Better at Exploiting Market Fluctuations?” The answer is yes.

“They choose when to swim with and against the tide to exploit market fluctuations in order to generate superior returns and maximize their profits,” said Reibel and Meads, who reached their conclusion after a deep dive into cash flow data from Preqin for U.S. buyouts between 1980 and 2013.

Successful GPs in the first and second quartile remain contrarian despite a tendency by their own limited partners to commit capital when prices are high during economic upswings, rather than when prices are low. LPs often deploy a pro-cyclical commitment pace, the study said. To maximize short-term profits, they are willing to invest during periods of loftier market valuations.

Pantheon said the study disputes the notion by LPs that restrictions on capital withdrawals from funds represent a “substantial” opportunity cost for investors in private equity.

“Our results support a different hypothesis: the lock-up period and illiquidity of private equity can mitigate LPs’ pro-cyclical commitment tendency if LPs are able to identify and invest with top and second quartile GPs,” the study said.

GP behavior around selling often hinges on past performance of funds. Managers that may be less likely to receive carried interest on a particular fund may have a greater incentive to hold assets during strong valuation periods to earn more management fees.

If a GP is more keen to boost its long-term performance and earn more carried interest during the life of a fund, it may sell a company at a better time.

The Pantheon study separated funds into performance quartiles and analyzed each quartile separately to gather data.