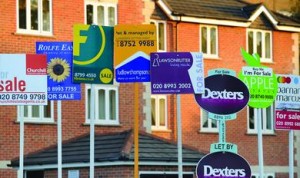 As investors continue to pour money into private equity real estate funds, it’s made for rather perverse viewing. Just before the summer data provider Private Equity Intelligence predicted that 2008 would see more than US$100bn raised. At the same time, the bottom was falling out of the property market across Europe, especially in the UK, and it has continued to drop.

Buying at the top of the market is never a sensible investment strategy, but it appears this is exactly what has happened, and the price is being paid. Some real estate assets are increasingly becoming a dead weight for some investors as European economies slow or enter into recession, cash flows from rentals stagnate or decline, and banks mull the challenging option of invoking technical defaults on weakening LTV (loan to value ratio) deals.

While the outlook for 2009 could be summed up as a gloomy time for private equity real estate in Europe, with many forced to beckon in the hovering vulture funds, those investors that held back from the buying spree in recent times are predicting next year will be a great year to do business.

This is no doubt what large investors like the Carlyle Group and MGPA are working towards, following their respective European real estate fund closings in mid-2008.

“The fund was raised against an initial target of US$2.3bn, underlining ongoing, strong demand for pan-European real estate investment vehicles, and has already committed US$1.1bn to 10 assets. With leverage, the pan-European team of 46 people will have maximum funds of approximately US$13.9bn to invest,” according to Carlyle.

MGPA raised US$5.2bn in its MGPA Fund III in mid-2008 with US$1.3bn of the total allocated to European real estate investments. MGPA says that its buying power will top US$5bn in Europe, assuming there is leverage available.

With a mandate to cover the European Union member states plus Norway and Switzerland, MGPA Europe Fund III has already invested in the residential sector in Wroclaw, Poland and a strategic real estate development site in Athens, Greece.

Fund raising for the asset class has been very active in 2008 with an estimated US$40bn-plus raised globally, of which European investments are expected to account for more than 40%. Compare this year’s total with the US$74bn worldwide raised in 2007 and it becomes clear there is increasingly strong focus on real estate.

“The knock-on effects of the global economic downturn have not really impacted our LPs’ investment decisions yet, but potentially, there could be fewer allocations to European real estate from outside of Europe in 2009 if the downturn persists. It is unlikely to be until 2010 that market conditions will start to improve but even then that will vary in individual markets across Europe,” says Julian Gabriel, a principal at Doughty Hanson Real Estate in London.

“We don’t see any less demand for European real estate coming from the US and I think that is an interesting trend. We might have expected a retrenchment by US investors, but that hasn’t happened yet,” says Gabriel.

“I’m supremely confident that 2008 will be the high-water mark for equity fund raising – we’ll see considerably less money raised for private equity real estate in 2009. Looking ahead as an investor, we see that we have something that will be increasingly special: money,” says Marc Mogull, managing partner, Benson Elliot Capital Management in London.

Following the financial turmoil that erupted in the wake of Lehman Brother’s collapse, Merrill Lynch’s forced sale to Bank of America, AIG’s nationalisation and general fear among financial institutions, investors in real estate funds are still active but apparently much stricter when it comes to how and where they allocate. And further shocks could damage fund raising planned for 2009.

“Slowly, the institutions are picking the people with experience and track record. I would like to think that people will reward experience,” says Ric Lewis, CEO of Curzon Global Partners and CIO for AEW Europe in London. “We’re going back to what it looked like in the 1980s, 1990s and the early part of this decade when investors really grilled you.”

Back in 2006, Curzon Global, a division of AEW Europe, started talking to its clients to let them know it would be distributing profits ahead of a fund raising in late 2007, which it duly did and raised just under €800m for the European Property Investors Special Opportunities Fund (EPISO). The real estate investor was in preparation for what Lewis calls “a dislocation between real estate fundamentals and the capital markets”.

“There was too much friction in the market. Between 2004 and 2006 there were a number of small and medium offerings on AIM and Euronext. Now, there are a lot of those offerings that are broken that need capital,” says Lewis.

Together with a growing number of distressed assets liquidity issues for OpCo/ PropCo the market is undergoing “the Great Exchange” as property ownership shifts from corporate owners to financial owners.

“We’re fortunate not to have any legacy issues in the UK as we’ve previously focused on Continental Europe,” says Lewis. “There are some people who are distracted by allocations in their UK portfolios. Or they may be distracted by elsewhere outside of the UK.”

Without any legacy issues to contend with, compared with other investors, the UK market offers attractive unit-cost appeal to Curzon Global. And in late August it completed a £139.9m acquisition, on a joint-venture basis with Mountgrange Investment Management LLP, of a portfolio of 28 properties from one of Prupim’s institutional funds.

That deal featured debt provided by the London branch of Eurohypo. But equity investors might have to evaluate deals without any senior debt tranches, professionals warn.

“Trying to predict what will happen over the next 12 months is a fool’s game. That said, the cost of debt is likely to increase over the next six months, and margins will depend on whether the Pfandbriefe market stays open. We’ve started modelling on the basis that Pfandbriefe will no longer be available,” says Richard Croft, CEO of GPT Halverton in London.

GPT Halverton was able to secure debt financing on an LTV basis of 60% from Deutsche Bank in late 2007 for its €136.5m German retail property fund. It also tapped debt finance on the same basis of 60% LTV from Eurohypo for its January 2008 closing of its €83m Dutch active fund. Bank lines are not so easy in today’s market, however, says Croft.

“There is no liquidity in the bank market. Real estate only boomed because there was a lot of liquidity in the market and it was very easy to borrow money,” says Croft. He says that banks are increasingly keen, when loan covenants are breached, to convert any assets on their balance sheets into much-needed cash.

“The German banks are still broadly open for business. Among the UK banks, there is still some appetite. It will be mid-2010 before any sanity returns to the market. In the meantime, there is absolutely no chance of the market over-heating,” says Croft.

People are buying assets on the basis of equity returns without factoring in gearing in the hope that deals will become even more attractive when debt is added at a later stage when the banks return to the market, says Croft.

The make-up of the capital structure in real estate deals is already adapting to leverage-light markets, following trends in previous cycles.

“Currently, there are even better expected returns from mezzanine than from equity. There is a risk premium on equity that does not reflect the current state of the market. We’re expecting to see an increase in mezzanine, distressed debt and other debt funds in 2009. Actually we already see this trend in our current deal flow,” says Benjamin Baumann, VP of real estate investment, Strategic Capital Management in Zurich.

Although 2009 will be a difficult year as the global economic problems continue to impact, investors still see Europe as an attractive market. Within Europe, while Spain has been hit very hard, Italy is still robust and demand is good even for office buildings.

The investment in Promobuilding is expected to provide the company with up to €500m of additional purchasing power to focus on the acquisition and development of distressed residential investment opportunities across Spain in 2009 and 2010.

The growing amount of distressed assets in Europe has sparked the interest of large and smaller players alike. Morgan Stanley’s US$10bn Real Estate Fund VII Global is expected to target such assets. And Apollo Real Estate is lined up to buy distressed assets and provide mezzanine, whereas outfits like Duet Capital may be looking to buy bank debt and other mortgage-backed securities at a discount.

But picking up real estate loans from the cash-strapped bank market should only be approached with a good degree of diligence.

“Clearly, there is a play there as banks are sitting on a lot of loans they cannot get rid of. But buyers have to be careful and look at the assets very carefully and follow the same strategy they would as if they were buying the assets directly,” says Gabriel.

For real estate deals that closed at the height of the market and relied on some risky financial engineering to make the deals work, next year and beyond is going to be tough, the market says.

“The breaching of LTV covenants is going to be a major problem over the next six months,” says Croft.

There could be many a fortune lost or made depending on how and when the banking market recovers. But market participants agree that the days of heightened financial engineering are past.

“If the debt markets should not recover towards the end of 2009 I would say that there will be many refinancing problems as a lot of deals are due to be refinanced in 2010 or 2011,” says Baumann.

“If you’re cash-rich and asset-light and don’t have legacy issues then you’ll have a ball in 2009,” according to Croft.