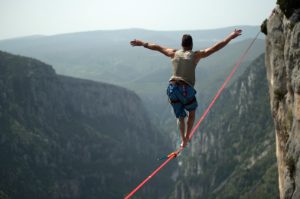 Balance Point Capital is targeting $425 million for its fifth debt fund, according to documents from Teachers’ Retirement System of Louisiana.

Its first two funds were raised as small business investment companies, or SBICs, but the firm branched out with Fund III, though stayed consistent on overall strategy.

SBICs are privately-owned and managed investment funds that are licensed and regulated by the Small Business Administration. The SBA also offers government-backed leverage to SBICs. According to the SBA website, SBICs are able to capitalize up to two-thirds of their fund with this SBA leverage, making fundraising a much faster, more streamlined process.

Balance Point raised its fourth fund earlier this year, closing on almost $86 million of its $100 million target. That was considerably less than Fund III, which targeted $400 million and closed on $375.7 million of that in 2018, according to a Form D.

The Louisiana Teachers materials said Fund IV had $281 million in available capital, including SBA leverage. It was not clear whether this fund was an SBIC or not.

A March press release announcing the closing of Fund IV appeared to suggest it had closed so as to provide Balance Point with more immediate capital to invest during the height of the covid crisis.

Balance Point did not respond to requests for comment for this story.

The firm was founded in 2010 by Seth Alvord as a spin-out from First New England Capital. Eric Dale rounds out the firm’s leadership. It is based in Westport, Connecticut, and has nine investment professionals and three back-office employees.