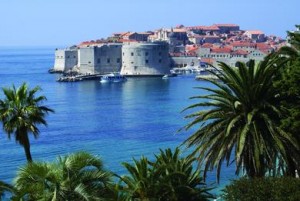 The break-up of Yugoslavia in the 1990s was a deeply traumatic event for its populations. Nonetheless, vibrant new nations have emerged from the carcass of the former republic. Their aim is to join the European Union and each of these states is at different stages of convergence and development. This is creating some interesting openings for private equity investors.

The wealthiest per capita and most advanced, Slovenia, is already an EU member and has adopted the euro as its currency. Opportunities in the tiny Alpine state of just 2m people are relatively limited due to its size but Slovenia is serving as an inspiration to the rest of the region. For the first half of 2008, Slovenia holds the presidency of the EU. One of its aims is to further the cause of its neighbours towards joining the European club.

So far, M&A activity in the region has been dominated by trade buyers, who are often willing to pay high multiples to get a toehold in these fast-growth markets. Private equity is yet to make much of an impact, but that is likely to change.

“You’re beginning to see a first generation of entrepreneurs in some of these countries who want to exit their businesses,” said Christoph Achini, deputy managing director, Eastern Europe, of the government owned Bern-based ().

Achini added that there were succession issues for many of these entrepreneurs, as they do not have children to whom to pass on their businesses. They also lack the institutionalisation that would make them suitable candidates for a stock market float. They can, therefore, make good investment candidates for private equity groups.

A key theme in the Balkans is privatisation. A throwback from Yugoslavia’s communist past is that large swathes of these economies are still state-owned.

“The most interesting South East European country, I would say, is Serbia,” said Matteo Stefanel, head of investment banking with Athens-based (). “It’s basically a catch-up story.”

The country has been held back by political factors, but attitudes towards the West have softened considerably in recent years. Serbia has an ambitious privatisation programme, with possibly as many as 750 firms to be sold off in 2008. It is also undergoing substantial economic reforms to become more liberalised.

The dominant privatisations are likely to include vehicle maker , oil group , Belgrade airport, railway company , , power group , retailer and transport group . Some of these may be floated on the Belgrade Stock Exchange, while others will be up for grabs by private equity or trade buyers.

However, that isn’t always the case. Matteo said that in his experience the authorities could be co-operative and flexible.

In December 2007, MIG bought 66.67% of department store chain from local conglomerate Verano Motors, which had purchased the retailer in a government auction paying €360m.

Matteo added that MIG was studying other investment opportunities in Serbia. Meanwhile, it raised €5.19bn last year to invest in opportunities across Central and South East Europe.

Promising sectors include infrastructure, healthcare, agriculture, financial services and engineering. To an extent, this is mirrored across the Balkans.

An acceptable resolution for the international community over the Kosovo question would certainly make Serbia more attractive to investors.

Croatia, which is further down the convergence path, is also seeing steady M&A activity. Croatia’s first private equity venture, , received €35m in funding from domestic financial institutions and is aiming for an IRR of 25%. It has accumulated stakes in medical equipment distributor , broadband provider and fast food chain .

The new coalition government, headed by Prime Minister Ivo Sanader, wants to speed up EU negotiations and adopt EU legislation as quickly as possible. This includes pursuing privatisation more rigorously. It has already sold off cement factories and rationalised the banking sector.

Other emerging opportunities exist in Bosnia-Herzegovina and Montenegro as well as other Balkan countries such as Macedonia and Albania. From the point of view of private equity it will mainly be about buying state enterprises. Nonetheless, investing in the Balkans requires solid due diligence, an appreciation of risk and an understanding of operating in emerging markets.

As these various countries aspire to EU membership and seek to adopt its values and legislation, they could turn out to be profitable destinations.