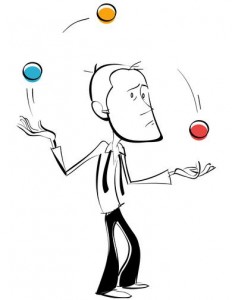 Trade unionists have been lobbying the Government of late and, with the help of the media, seemed to get their way when Balls announced a Treasury inquiry into the tax structures employed by firms in LBO deals.

The reality wasn’t quite as bleak as painted by much of the business press in the national newspapers. The target in particular was shareholder loans – private equity critics were arguing that by allowing firms to provide finance to investee companies as debt rather than as pure equity, the current tax laws were handing private equity firms an advantage over other forms of ownership – in short, private equity is avoiding tax.

What Balls actually said wasn’t quite so blunt and in fact more positive. He said in his speech to the London Business School: “There is, of course, nothing specific to private equity in the tax-deductibility of interest. Any kind of company can claim it, and most quoted companies do. It is also the international norm – that interest is in general treated as a business expense and deductible from taxable profits for companies in any form of ownership. We have no plans to review this principle.”

It’s what Balls said next that caught the eye. He acknowledges the concerns over shareholder debt, but adds, crucially, that there is legislation already in place that addresses this issue. Indeed, when the rules were tightened back in 2005, it was quite big news for the industry, even if the mainstream media had yet to find its taste for private equity.

In March that year the UK’s Inland Revenue announced it was to stop interest on shareholder debt being tax deductible on all deals made after March 4, 2005, where that debt does not exceed what an unconnected, third-party lender would provide. For those deals done before that date, the legislation will become effective from April 1, 2007, unless any amendments are made to the terms of the shareholder debt, such as changes to the parties, interest rate or repayment terms, other terms or conditions, in which case the rules will apply from when the changes were made.

It won’t be known until the autumn what the Treasury will conclude. The () has been in consultation with the Government over various issues for some time, including taxation – the body set up a working group addressing that very issue in the autumn, the findings of which will be used by the BVCA in their participation in the Treasury review. The working group was set-up in response to a Treasury announcement last year that it was reviewing the industry’s tax framework, although back then the two issues on the table were capital gains tax and whether carried interest should be taxed. For whatever reason, these seem to have fallen by the wayside to be replaced by shareholder loans as the cause célèbre, which could imply the inquiry came to nothing and the Treasury is happy with the situation as it is.

Despite the generally pessimistic tone of newspaper headlines over Balls’ speech, the Economic Secretary to the Treasury struck a very different tone in his speech, hailing the positive role the industry plays in the overall British economy – he highlighted the positive impact such investment can have on productivity, citing a study of 35,000 UK manufacturing firms which found that private equity-backed businesses experienced a 90% increase in productivity; he used a study by Nottingham University to demonstrate that employment levels in a company that had been the subject of an LBO saw employment levels rise by 26% after five years.

This is unlikely to soothe the critics of private equity, who argue that the industry is making huge sums of money at the expense of the taxpayer by exploiting legislation meant to make it easier for companies to appropriate finance, not ease the tax burden on private equity firms in highly leveraged deals.

“The concern running behind this is that private equity may be obtaining a competitive advantage from a tax perspective by funding acquisitions predominantly by debt rather than equity and that changes may be needed to ensure a level playing field,” says Tracy Fisher, a partner at . “It is difficult, however, to see how this is the case and how changes can be introduced without, in effect, discriminating against the private equity market.”

For Fisher, the entire premise of the argument put forward by critics of the industry is flawed. Referring back to the existing rules on shareholder loans, she says: “It is the case that most companies in private equity are thinly capitalised (with shareholders only subscribing for a small amount of equity capital as opposed to debt), but it is unlikely that relief is being obtained for the entirety of the interest that is being paid as it is only available for interest on shareholder debt insofar as it is replacing what would otherwise be external lending.

“A company is unlikely to receive a tax deduction for interest payable on any additional debt provided by a private equity house over and above this. In practice, the rationale for contributing such additional funding by way of debt rather than, say, by preference shares (which would enhance the debt to equity ratio) is not tax driven. It is for commercial reasons, such as the fact that debt is more secure than equity and that principal and interest can be paid without the need for distributable reserves.”

Balls didn’t spell it out quite this clearly, and in spite of his positive spin on private equity’s contribution to Britain’s economy, he fell short of dismissing the argument that private equity firms are tax dodgers, instead offering up a bit of a fudge, effectively saying that shareholder loans are already taxed but because people are moaning about it, he will set up a review to look into it.

The people that are moaning perhaps give an insight into Balls’, and the Government’s, motivation behind the inquiry. With the UK Government on the ropes in the opinion polls, the Chancellor and apparent Prime Minister in waiting, Gordon Brown, cannot afford to alienate the trade unions. Balls’ speech demonstrated this tightrope, with the trade unions on one side, and the City on the other. After the speech, Paul Kenny, general secretary of the 600,000 strong GMB union, said: “This is a welcome step forward and represents a big victory for GMB members in the AA who have suffered at the hands of the multi-millionaire elite who run the private equity industry.” Contrast this with the comments of CBI Deputy Director-General John Cridland, who said: “To claim, as some trade union leaders have done, that private equity firms enjoy some unfair advantage is tendentious and damaging as well as plain wrong. Ed Balls’ rejection of the unions’ demands exposes the myths they’ve been peddling.”

One GP said that he felt Brown and Balls have together done a fine job in maintaining discipline and consistency in the face of outside pressure, and argued that private equity has become embroiled in political battles within the Labour Party. “I have been rather impressed by Brown and Balls in their understanding of how the industry ticks. There has been a lot of noise from the unions, partly as a result of the leadership battle in the party, and the private equity industry has become caught up in that.”

“So far, I think Balls is doing a pretty good job of treading a fine line,” says Simon Witney, private equity partner at . “He is clearly sympathetic to private equity in the way he has responded to the left-wing attacks on the industry.”

Indeed, Balls defended the industry yet again a week later, on March 19th in an adjournment debate in the House of Commons which saw former minister Michael Meacher attack the industry on numerous grounds, ranging from taxation, regulation and transparency.

The way in which this latest inquiry was announced certainly shows the Government has improved its technique from last time. When the transfer pricing changes were revealed in March 2005, they were done unexpectedly and suddenly, with little or no consultation with the industry – the BVCA issued a statement within hours of the Inland Revenue’s announcement expressing its disappointment. Not so this time around. “There is nothing wrong with the Government reviewing the rules and how they work in practice,” says Witney.

How they work in practice is an important point, as most of the press reporting on shareholder loans has been just plain wrong. The most common “fact” is that private equity firms are paying 95% of debt and 5% of equity into a company and then getting a tax deduction on that debt. It is debt disguised as equity they say. And it’s not true. Witney says: The rules don’t allow you to do that. If you couldn’t have borrowed that money from an unrelated third party then you won’t get a tax deduction.”

The industry does not appear unduly worried by the latest Treasury review, but all will be keeping a careful eye on proceedings, attention peaking in the autumn in the run-up to the Pre-Budget Report, but there is an underlying sense of concern that maybe, just maybe, the political climate could shift against private equity if the media, left-wing politicians and the trade unions continue their attacks on the industry. “Private equity is doing nothing more than making use of a basic principle of tax law, both in the UK and internationally, that interest is an expense that can be set against the profits of the business. Mr Balls has made it clear that there are no plans to review this and we must hope that no attempts are made to change its application to the private equity market. How would this be within the ‘level playing field’ spirit?”