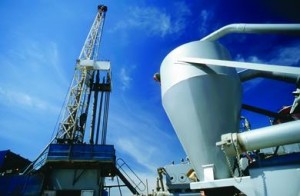 The oil services sector has become the flavour of the year, despite not traditionally being a big part of the leveraged finance market in Europe. With banks backing deals for , Abbot Group and CHC Helicopter, the sector has emerged as one of a handful of areas where sponsors have won the support of banks to launch genuinely large-scale deals.

The Expro deal sees – a consortium led by and including and – win the backing of the independent directors of Expro, a UK based oil services business, for a £1.605bn bid.

Rival interest from trade bidder could yet see the deal falter, despite the recommendation of the Expro board. This illustrates the difficulties for sponsors even where debt backing for a bid has been secured in size, highlighting the reason they are reluctant to enter into auctions.

The Umbrellastream offer is backed by a mix of sponsors’ equity and debt provided by a consortium of RBS, Lloyds TSB, Royal Bank of Canada, HSBC Bank and DnB NOR Bank. As with comparable deals, in the event of a deal going through the market leads will look to anchor senior and especially mezzanine facilities with a core group ahead of a general syndication.

The deal will be ‘s first leveraged loan underwriting in Europe since it opened its European leveraged finance business in March, hiring a team from home market rival CIBC.

In fact, the mix of banks includes no US investment banks, a possibly telling reflection of their increased marginalisation from the European leveraged finance market, where club and club-style deals with banks prepared to take large holds are increasingly the norm. That said, earlier oil services deals for Abbot Group and CHC Helicopters both feature investment banks in leading positions, making it probably too early to identify a trend.

Expro had sales of £519m in 2007, with Ebitda of £115m. The business provides well flow management services and products, employs more than 4,000 staff and operates in over 50 countries.

If a deal is launched, it will follow syndication by global co-ordinator and bookrunner and bookrunners Bank of Scotland, Lloyds TSB and RBS of the US$2.16bn credit facilities backing ‘s acquisition of oil services business and ‘s syndication of the US$1.34bn (£672m) debt package backing the same sponsor’s buyout of .

Both First Reserve deals feature large equity slices. CHC’s has 66% while Abbot has an equity cushion of around 43% of the total pro forma capitalisation.

Senior debt facilities for both of those deals remain in syndication. The Abbot deal also includes a US$615m equivalent 10-year secured bridge loan facility, to what has the potential to be the deal that reopens the high-yield bond market in Europe.

In the US, the oil and gas and allied services sector is one of the few still able to tap the high yield market. With their ongoing need for capital, oil services companies are among the few repeat issuers with a good track record.

Speculation of a bid for Expro first began in late February, when the company admitted that it had received “a very preliminary proposal.” US trade rival Halliburton was mentioned as a possible bidder, as was First Reserve.

Just after Easter, Expro said trading in the six months to the end of March had “continued to strengthen” because of “very favourable” market conditions.

Candover has only recently been beaten in the bid battle for Abbot Group. Candover’s 370p per share bid for Abbot was trumped by First Reserve.