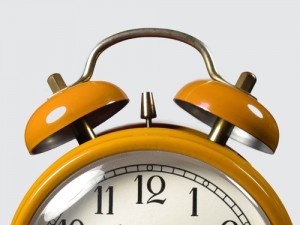 Publicly traded Business Development Companies face a due date next year for about $1.3 billion of convertible notes and other owings, even as fresh debt and equity issuance trails well behind year-ago levels, according to Fitch Ratings.

Fitch noted that Apollo, Ares, Fifth Street and BlackRock all contain sufficient borrowing capacity to allow for the refinancing at spreads ranging from 175 basis points to 225 basis points over LIBOR, with projected maturities up to 2020. But a material reduction in borrowing capacity on credit facilities to pay the debt could limit a BDC’s operating flexibility and strain its liquidity profile, Fitch noted.

All told, BDCs currently hold about $3.2 billion of outstanding institutional bonds. But no fresh debt has been raised since FS Investment Corp issued $275 million of seven-year notes in April.

Apollo completed a $350 million transaction in March to partially refinance $454 million of borrowings coming due between this October and September 2016.

With many public BDCs trading below their net asset value, it’s harder for them to issue stock for growth capital, absent shareholder approval, Neenan said.

“With constrained equity market access, BDCs are unable to add debt to the capital structure without potentially breaching leverage targets,” she said.

Fitch-rated BDCs have issued $675 million in public debt through October 15, down from $2 billion in the year-ago period. This year, BDCs raised $322 million in equity, down sharply from $1.5 billion in 2014.

Fitch cut its overall view on BDCs to negative more than a year ago. Further signs of reduced financial flexibility or net interest income may further pressure ratings, the rating agency noted.

On the plus side, BDCs generally lend higher up the capital structure via first- and second-lien positions, with lower leverage, compared to the years prior to the global financial crisis. Leverage targets range between 0.5x-0.75x EBITDA nowadays, compared with pre-crisis levels of 0.8x EBITDA or more.