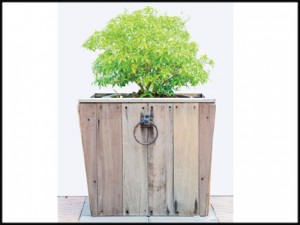 Still, general partners shouldn’t expect a gusher of easy money. Pensions remain committed to paring down the number of relationships they have with managers, and to reducing costs through direct investing, secondary transactions and the creation of low-cost separate accounts.

Starting at the top with the largest U.S. pension fund, the California Public Employees’ Retirement System’s private equity portfolio delivered a healthy return of 19.8 percent in the 12 months ended Oct. 31. The performance easily outpaced its expected return of 9 percent. But its public equities portfolio jumped 26.3 percent during the same period.

As a result, CalPERS saw its actual private equity allocation drop by about 3 percentage points, while public equities increased by 5 percent of its total holdings. Looking ahead, CalPERS plans to commit up to $6 billion for private equity during fiscal year 2014. That’s $1 billion more for private equity than in the previous year.  CalPERS’s current private allocation of 11 percent remains 3 percentage points below its target, suggesting more fresh capital for the asset class.

Most other big pension funds saw similar results. The S&P 500 rallied 26 percent in 2013, as investors bet on a continued economic recovery while seeing little upside in the bond market with interest rates at rock-bottom.

But while these investors ostensibly have plenty of fresh capital to dole out to funds, cost-cutting is likely to remain a big theme this year.

Kenn Lee, managing director of Cheyenne Capital, an asset manager for the State of Wyoming and other limited partners, said pension funds continue to look towards “innovative models” seeking higher levels of performance while reducing costs.

Under Real Desrochers, senior investment officer for the alternative investment management program, CalPERS pared down its private equity portfolio to 389 managers as of December from 398 managers and cut its number of funds to 741 from 762, since 2011. That number could dwindle to 120 managers over time, he said publicly last month. CalPERS estimates its fee cost savings from its customized investment accounts at $250 million and $130 million from co-investments over the same period, according to a December report by the pension system.

Large Canadian pensions, such as Canada Pension Plan Investment Board, are widely viewed in the pension world as trend-setters in private equity investing as they move to take in-house some of the services performed in the past by sponsors, he said.

The CPPIB has also been drawing attention with its move to invest in aging funds by breaking off undervalued assets and injecting fresh capital into them. The pension board plans to invest $5 billion over the next five years on “portfolio liquidity solutions” to assist aging funds, Yann Robard, vice president in charge of the secondary program at the $193 billion CPPIB, told Buyouts last month.

The figure amounts to half of the CPPIB’s $10 billion secondary program. The CPPIB secondary team is expected to grow to about 20 people from 15 now, he said.

The CPPIB has also been a leader in making direct investments in companies, essentially acting like its own private equity firm.  Among its high-profile deals, the CPPIB teamed up with Ares Management to buy luxury retailer Neiman Marcus for $6 billion from TPG Capital and Warburg Pincus late last year.

A smaller but highly visible pension fund, the State of Wisconsin Investment Board, also continues to draw attention from LPs. The retirement system is ramping up its internally-managed co-investment program, after success with similar efforts in past years.

David Villa, chief investment officer for Wisconsin, has said the move offers lower costs, and increased net returns, thanks to the absence of management fees and carry, and enhanced relationships with key general partners.