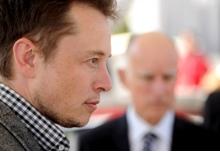 The Chicago-based firm, which invests in companies where it can provide expertise on operations, production efficiency and customized software, may end up securing as much as $450 million when the fund wraps up later this year or early next year, our source said. Limited partners backing Fund III include the Illinois Municipal Retirement Fund, as well as the Illinois State Board of Investment.

Musk has himself drawn backing from Valor Equity. The firm invested at least $75.9 million in SpaceX, according to a regulatory filing from earlier this year, and Valor Equity on its website lists SpaceX as one of its active investments. Three other companies with connections to Musk are listed as prior investments: PayPal Inc, SolarCity Corp and Tesla Motors Inc.

Founded by Antonio Gracias in 2001, Valor Equity invests $10 million to $35 million per platform company. Gracias holds the titles of chief executive officer and chief investment officer at the firm, as well as chairman of the investment committee.

After Gracias initially heard about Tesla Motors in 2004, Valor Equity became the company’s biggest outside investor, according to an article about Valor Equity published earlier this year in Bloomberg Businessweek.

In a 2012 speech at the Economic Club of Chicago, Musk said assistance from Valor Equity in cutting its production costs helped the company get off the ground. “I don’t think we would have made it without Antonio’s help,” Musk said in the speech, according to the Businessweek article.

“We don’t want to turn around stuff and fire a bunch of people,” Gracias said in the Businessweek article. ”We’re looking for people that are product experts and want to go from growth to fast growth.”

In a Form D filing dated Nov. 7, 2013, Valor Equity disclosed a total offering amount of $350 million and $0 sold in Fund III. Executives listed on the filing for Valor Equity Partners III LP are, along with Gracias, Juan Sabater, Jonathan Shulkin and Timothy Watkins. Sabater, Shulkin and Watkins are listed as managing directors on the Valor Equity website.