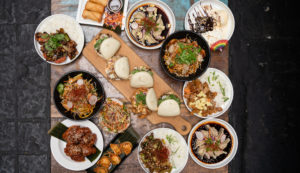 BlackRock has backed a GP-led process on a continuation fund, the latest in a trend that has gathered steam in 2021.

Denver-based Flagship Food Group, which has made several add-on acquisitions in recent years, was transferred into a single-asset continuation fund anchored by BlackRock Secondaries & Liquidity Solutions, according to a statement.

The asset was lifted from CREO Capital Partners IV, which was formed in 2018 from a GP-led process designed to bring Flagship and other food holdings into a single vehicle, according to a source with knowledge of the deal.

The latest continuation vehicle is $275 million in size, with $75 million to go towards follow-on acquisitions, Secondaries Investor understands. The company has already committed to make two more add-on acquisitions with the fresh capital.

Capital Dynamics, Committed Advisors, PineBridge Investments and Kline Hill Partners are named in the statement as limited partners that have rolled into the new vehicle.

Sixpoint Partners was the secondaries adviser.

Denver-based Flagship is a predominately Hispanic food-focused company with manufacturing, sales and distribution business. The investment will help strengthen its ability to source and fund acquisitions, expand its facilities and invest in marketing, according to the statement.

Among the brands that Flagship owns is 505 Southwestern, the largest jarred green chili brand by market share in the US.

In June, Secondaries Investor reported that Wind Point Partners was carrying out a GP-led process on a continuation fund, one of several similar processes in market.

One senior New York-based secondaries buyer described the restructuring of continuation funds as a “natural next step” for the GP-led market. “Some of those earlier deals are coming up to three or four years’ old and decisions need to be made on what do with the assets,” the buyer said.