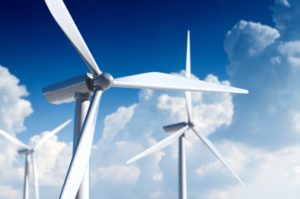 By Chris Witkowsky and Kirk Falconer

Energy Capital Partners is looking for more time and capital to grow its portfolio company Terra-Gen as it expands into the renewable energy storage business, sources told Buyouts.

Terra-Gen announced in December it would move forward with developer Mortenson on a solar and energy storage project in California, consisting of 1,118 megawatts of solar and 2,165 megawatt-hours of energy storage.

As the company expands from developing solar and wind projects, into storage, it needs capital. But the fund that holds it, Energy Capital Partners III, is tapped out. This triggered ECP’s decision to run a single-asset secondaries process, the sources said.

ECP is seeking to move its majority stake in Terra-Gen out of the 2014 fund and into a continuation pool, the sources said. Total value of the deal could come in at more than $1 billion, the sources said, though that depends on the level of limited partners cashing out versus those that roll over with the general partner.

The process would allow Fund III LPs to either cash out of their stakes in Terra-Gen, roll their interests into the continuation pool, or sell a portion of their stakes and move the rest with the GP, the sources said.

Fund III’s limited partner advisory committee is voting on whether to approve the transfer of Terra-Gen out of the fund, one of the sources said. If that vote passes, LPs will then get a period of time to decide if they want to cash out or roll their interests into the continuation pool, known as the election period.

ECP has a buyer group forming around the asset, led by Blackstone‘s Strategic Partners team. Another investor in the deal is Goldman Sachs, the sources said. Park Hill Group is working as secondaries advisor on the deal, they said.

Pricing for the cash-out was established through a minority investment from First State Investments in Terra-Gen that closed in December. Generally secondaries deals require third-parties to help set fair value on pricing, in part to avoid any sense of conflict on the part of the GP. A recent traditional M&A transaction, vetted by outside investors, is another way to establish fair value in a secondaries deal.

Secondaries activity related to energy has been relatively slow, but a few large deals have moved through the market recently. Last year, Riverstone Holdings was finishing a deal to move renewable energy-focused Enviva Holdings out of Riverstone/Carlyle Renewable and Alternative Energy Fund II.