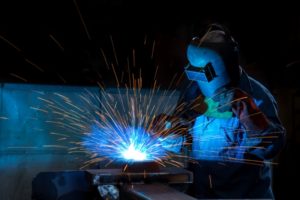 The fund’s primary focus will be “companies in transition,” according to a presentation posted on the Kentucky Retirement Systems website.

The fund has already attracted large commitments from two major LPs as investors look for ways to profit off the ongoing coronavirus market disruption.

The fund will seek to lend to mid-market companies undergoing transformation or overcoming challenges, according to the presentation. This will make up between 60 and 100 percent of the fund’s exposure.

The fund will also target non-broadly-syndicated loans, lending to finance buyouts or recapitalizations as well as taking over dislocated bank-owned loans, the presentation said.

Fund II has a 1 percent management fee on the fund’s total assets, a 6 percent preferred return and 15 percent carried interest. The investment period will run three years from the initial closing date, with the fund term running three more years after that with three possible one-year extensions at the firm’s discretion.

Blue Torch was founded in 2017 by Kevin Genda, a veteran of Cerberus Capital Management. The firm targeted $750 million for its debut vehicle, as Buyouts reported. As of December 31, 2019, Fund I had generated a 14.8 percent net internal rate of return, according to the Kentucky materials.

Kentucky created a separate account with the firm in April, committing $200 million. It got a lower management fee of 0.75 percent, as well as a higher preferred return of 8 percent. The separate account has a European waterfall and its expected return is 12 to 15 percent.

New York State Teachers’ Retirement System committed $100 million to Fund II, according to materials for its July 29 board meeting. The commitment falls under the fund’s fledgling private credit allocation, which it split off from its private equity program in 2017.

Blue Torch Capital did not respond to a request for comment for this story.