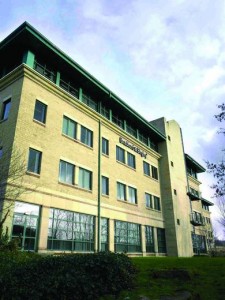 Resolution, chaired by Clive Cowdery, is already known for its successful consolidation of the UK closed life assurance fund sector, culminating in the disposal of its business to Pearl Group in a £5bn deal closed in May 2008.

Resolution’s radar has turned from closed life funds to the UK banking and lending sector, and on June 25 it revealed its proposal to inject £400m of capital into B&B (the same amount that would be raised by the 23% stake sale to TPG and the restructured rights issue) through a placing to supportive, existing institutional shareholders, with claw-back rights to other investors.

Although Resolution’s proposal was pitched at a higher value of 72p per share, compared with the TPG and restructured rights issue deal at 55p per share, B&B rejected Resolution on the grounds that it “would involve Resolution taking effective control of the company”.

On June 27, Resolution – despite claiming the support of institutional investors representing 25% of B&B’s share capital – withdrew its share placing proposal, saying: “The entrenched position of the board of Bradford & Bingley has prevented the constructive engagement necessary to finalise this proposal. Given this, Resolution believes it cannot responsibly continue to recommend this proposal to Bradford & Bingley’s investors.”

As a parting shot, Resolution said that its proposal would have restored full pre-emption rights to all B&B investors, that it enjoyed the overwhelming support of B&B investors, and that it “provided a price substantially higher than the proposed TPG capital raise and restructured rights issue”.

A shareholders’ meeting to approve the TPG and rights issue deal is scheduled for July 7.