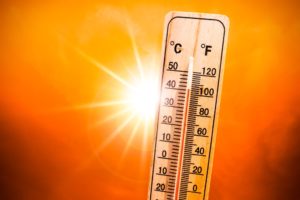 With the expectation that traditional sales of LP fund stakes will heat up this year, advisers are gearing up for what could be a record-breaking finish in deal activity for the year.

In this market, advisory shop Brant Street Capital is preparing for the onslaught of deal activity, according to managing partner Gary Gill.

“There’s a lot of dry powder for secondaries of diversified portfolios. Buyers have done more concentrated deals than anticipated given the ample supply of GP-led secondaries, now they are trying to rebalance their portfolios via more diversified LP deals,” Gill said in a recent interview.

The GP-led segment of the market gets the attention, while what has historically been the backbone of secondaries, traditional sales of LP stakes, has faded into the background. The pandemic lockdown, and ensuing market volatility, made it difficult for buyers and sellers to accurately price underlying assets in large LP portfolios. Last year was the first time that GP-led deals took a greater part of total activity volume than traditional LP sales, a trend that many secondaries market professionals believe could portend the future shape of the market.

With the market recovery, and more pricing certainty, LP portfolios were expected to come back in a big way this year. So far, that hasn’t happened to the extent many expected.

However, sources believe that later this year LP sellers of fund stakes will hit the market to finish off deals before year-end.

“We’ve seen buyers pay up materially for LP positions. We feel LP supply will come back in a big way towards the end of the year, resulting in much better sale outcomes for LPs as pricing will remain strong as NAVs continue their upward trajectory,” Gill said.

Brant Street provides advisory services on LP portfolios and GP-led deals. But, “our bread and butter is on LP deals,” Gill said.

Other advisory groups trying to muscle into the strategy include Jefferies, which poached teams from Cogent and Guggenheim; Aviditi Advisors, a fairly new placement shop that brought on Lazard director Ryan Binette for secondaries; Rothschild, which hired secondaries specialists Andrei Brougham and Alvaro Rosado from PJT Park Hill; Houlihan Lokey, which recently hired Sameer Shamsi from Credit Suisse; and Moelis & Co., which brought on secondaries executive Rodney Reid from Evercore.

Brant Street hopes to differentiate by focusing on the mid-size segment of the secondaries market, which is just as busy as the larger end, but not as visible. Secondaries buyers in that area include Kline Hill Partners, Committed Advisors and Willowridge Partners, among others.

“We are filling a void that is currently somewhat underserved in the $50 million to $200 million transaction size,” Gill said. “For other agents it just doesn’t make sense to work on portfolios sub-$200 million and most agents are focused on GP-led secondaries these days. We hope to continue to kind of fill that gap.”