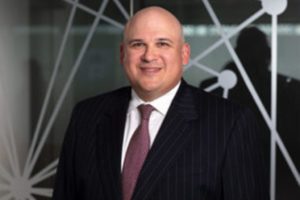 Brightstar Capital Partners collected about $540 million to date for its sophomore fund, which is expected to hold a final close in the first half of 2020, a source with knowledge of the firm told Buyouts.

Brightstar is targeting $1 billion for Brightstar Capital Partners Strategic Fund II, which has a $1.2 billion cap, the source said.

Fund II has not yet started making investments as the debut fund still has remaining capital, the source said.

Brightstar, led by Chief Executive Officer and Managing Partner Andrew Weinberg, started operations in July 2015. Weinberg founded the firm after leaving Lindsay Goldberg, where he was a partner.

The firm focuses on control investments in North American middle-market companies that are closely held, entrepreneurial or family-owned, as well as corporate partnerships. Fund II will target investments of $50 million to $250 million of equity per investment across six to eight platform investments focusing on business services, industrial services and consumer services companies.

Brightstar has 23 investment professionals out of a full 31-member team. Nine of the 31 team members worked together at Lindsay Goldberg prior to Brightstar.

Year to date, new managers have raised a combined $47.1 billion, according to Buyouts.