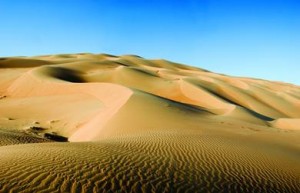 As the financial crisis has hit many limited partners hard, there has been a huge amount of speculation about the wealth of opportunities in the secondaries market.

It’s certainly true that many investors, starved of distributions and faced with over-commitment headaches, are reviewing their private equity portfolios with an eye to selling some of their positions, and deal flow has picked up as a result.

“Secondary transaction levels have historically only been very small by comparison to the primary market, but activity has increased markedly over recent months,” says Richard Watkins, partner at Kirkland & Ellis. “We are now spending almost as much time on secondary deals and restructurings as we are on primary ones.”

Much of the deal flow is coming from institutions facing immediate problems – such as meeting capital calls, restructuring balance sheets, or those with an over-allocation to private equity as valuations of investments in other asset classes have plummeted.

“The market is now populated with people who aren’t usually there,” says Paul Ward, partner at Pantheon Ventures. “Financial institutions are usually there because they tend to come in and out of the market and last year these were the biggest source of deals, although not all deals got done. But now even endowments, long considered a reliable, long-term source of capital, are looking to sell. Some of them followed over-commitment strategies and now can’t get bank loans to finance their commitments and are having to sell for liquidity reasons.”

Harvard is one endowment that has been attempting to sell over US$1bn of its private equity interests and with such huge sums mooted, some in the market are predicting around US$100bn of assets on the secondary market this year.

That’s an unprecedented amount of deal flow and it hasn’t gone unnoticed by those institutions with capital to invest, particularly as the supply is leading to hefty discounts – some secondaries are trading at up to 80% discounts to NAV.

Nearly half of investors are eyeing opportunities in the secondaries market, according to research carried out by Prequin, many of them looking to gain access to the market via secondaries funds. It’s hardly surprising, then, that secondaries funds are looking to raise over US$30bn, on top of the US$20bn that has been raised since 2007.

Add to this tally the fund-of-funds that are looking to add more secondaries to their investment portfolios and the figure rises further. France-based ACG, for example, is currently raising a new €250m fund-of-funds.

“We have always been able to invest in secondaries,” explains partner Gilles Michat. “But we were seeing premiums of 15% to 25% being paid on positions over the last couple of years, so we kept largely out of the market. By the time we raise our fund later this year, we believe there will be a lot of secondary opportunities for us.”

Indeed, all these factors should add up to a huge opportunity for secondaries players. Yet the reality is very different – so far, at least. Despite the discounts being applied, sellers such as Harvard have found it very tough to find buyers.

“Harvard has sold parts of its portfolio up for sale,” says one player. “But they are left with quite a few parts of it. We initially avoided it because we felt that they are very sophisticated investors and must know something we didn’t. Then, when we did look at it, we realised they were trying to get individual prices for each of their positions and we only want to buy portfolios.”

One of the main sticking points right now is valuations. The stream of portfolio write-downs seen so far from GPs have made for depressing reading – the Blackstone Group cut the value of its latest fund by 35%, TPG by 29%, Permira by 36% and Candover Investments has slashed its net asset value by half.

Yet even these write-downs don’t tell the whole story. “There is a lot of deal flow out there, but not many deals are actually getting done,” says Ward. “This is mostly because of the pricing gap between buyers and sellers. There is a view that as the December valuations come out, they may bridge that gap, but in reality they may not reflect the writedowns that should be reflected because only the last quarter of the whole year will show soft earnings. It won’t be clear from these which companies are most affected by the downturn.”

This lack of clarity is making it hard for secondaries buyers to get comfortable with many funds. “Valuing secondaries positions is extremely challenging at the moment,” says Gianluca D’Angelo, relationship manager at Probitas Partners. “The traditional measures are no longer reliable, valuation rules are changing, and there is so much uncertainty about the performance of companies going forward that secondaries buyers are applying conservative pricing.”

So conservative, in fact, that some are demanding payment from sellers for taking portfolios off their hands, particularly those attempting to offload recent vintages. As with a major shift in any market, there is currently a mismatch in price expectations between buyers and sellers and those that don’t have to sell are generally holding onto their assets.

“Some LPs will have to consider walking away from their interests at a steep discount if they can’t meet capital calls,” says Marleen Groen, principal founder and CEO of Greenpark Capital. “But those that can fund the capital calls are largely still paying their drawdowns. We would expect a number of these LPs for whom private equity is not a long-term choice to continue to fund their positions over the next few years, with a view to possibly selling them when they are largely funded, when there will hopefully be more buyers for their assets and when markets might have improved somewhat.”

Waiting for the call

The other point is that the full force of the flood of deals coming from distressed investors hasn’t yet been felt because there have been so few capital calls. That may change as deal conditions become more favourable.

“Secondaries won’t start moving until the second part of this year,” says Tim Jones, partner at Coller Capital. “Valuations haven’t yet stabilised, but in any case the trigger point is likely to be when capital calls start coming back in – investors that are over-committed at the moment are just trying to realign themselves and adjust to the new reality – very few sellers have to sell right now.”

One of the key stumbling blocks for deals at the moment is the nature of assets on the market. The distressed nature of the investors that are selling means they are keen to be rid of future liabilities – as a result, many of the assets on the market are mainly unfunded positions. In any kind of environment, the vast majority of secondaries players would generally steer clear of unfunded positions because it goes against one of their key selling points to investors – that they are not investing blind.

Today’s environment makes unfunded positions even less attractive to secondaries players no matter what the discount. The risks are just too high – most of them are in large buyout funds, which are the most likely to have problem portfolio companies and also have huge question marks over where they will invest their capital in future, given the new conservatism in bank financing. There are other issues, too. “Anyone buying into early secondaries will have to take great care over assessing whether other LPs in a fund might default,” says Groen. “It’s a very good reason for us to continue to invest in mature, largely funded positions.”

However, while most secondaries players may be avoiding newer funds, other investors are considering them. They are generally being attracted by the discounts. “There are players other than traditional secondaries buyers looking at the market, although they don’t have the resources to do large transactions,” says Ward. “They are generally looking at unfunded positions, which have historically been unsellable. You’re seeing positions that are now only, say, 20% funded getting interest from investors such as pension funds. There’s a good logic to that, especially if you are new to the asset class – you’re able to build exposure at a time when fund raising will be slow and you’ll be able to do it at a good price.”

There are even new services aimed at bringing buyers and sellers together to solve liquidity problems. Probitas Partners, for example, is currently seeking a patent for its Prospective service, which aims to match sellers with buyers to take on their unfunded commitments.

“The Prospective service aims to bridge the gap between buyers’ and sellers’ expectations,” explains D’Angelo. “The seller is able to keep their relationship and existing investments with a GP for strategic reasons, while the GP gains reassurance that their capital calls will be met and the investor gains access to new GP relationships and future investments.”

The secondaries players are also looking at completing similar kinds of structured deals. “We are seeing a lot of mixed portfolios come on the market with some unfunded and some mainly funded positions,” says Groen. “Sellers are looking to seasoned secondaries players to come up with solutions, such as taking on the unfunded parts of the portfolio in exchange for a share of the profits of the funded parts. This can work, but only if the share of funded positions is large enough.”

The fact that these types of deal are getting done suggests there is currently some opportunity in the market, depending on what your motivations for buying are. Secondaries players certainly report that they are very busy right now.

Yet most believe that the best deals are still to come – when sellers find they cannot meet capital calls and when it becomes clearer which underlying portfolio companies are going to make it.

Even so, there are likely to be a lot of disappointed sellers out there. Some may be unable to sell at any price – either because the quality of their portfolio is too poor or because the secondary market capacity for deals just isn’t large enough.

Quite what these investors will do if they are distressed is anyone’s guess – their options range from defaulting to pushing for fund reductions – but whatever they decide, it will have a significant impact on their GPs and fellow LPs.