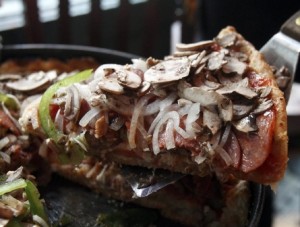 In one of the more high-profile examples, Neuberger Berman’s Dyal Capital said it will buy less than 20 percent of high-flying Vista Equity Partners in a transaction that valued the tech-focused buyout firm at roughly $4.3 billion.

Vista did the deal partly to help it expand globally by potentially using contacts in Dyal Capital’s Rolodex, according to a person familiar with the firm. A separate source said Vista has several funds coming back to market in the next year or two, with Dyal Capital or Neuberger now more firmly on board as a potential investor. (Dyal Capital and Vista Equity spokespeople declined to comment.)

Bulking up for more transactions like this, Dyal Capital is targeting up to $5 billion for Dyal Capital Partners III, with Alaska Permanent Fund as an anchor investor with a commitment of $550 million, plus up to $500 million in co-investments. While Dyal focused on stakes in hedge funds with Funds I and II, it’s now turning its attention toward buying positions in private equity firms with Fund III. Along with its Vista Equity deal in July, Dyal Capital last year purchased a 10 percent stake in Providence Equity Partners.

Daniel Lavon-Krein, partner in the New York office for Kirkland & Ellis, declined to comment on his firm’s work on the Vista Equity deal with Dyal Capital. But he said at least two similar transactions are in the works as GPs look to sell stakes in themselves for a variety of reasons.

“The [minority stake] deals provide immediately needed capital to continue to run the business and grow,” Lavon-Krein said in a phone interview. “It sends a message to the market that the firm is sound.”

Anchor LPs such as AIG, the California Public Employees’ Retirement System, the Government of Singapore Investment Authority and Mubadala Development Company, purchased stakes in buyout firms prior to the global financial crisis. Sellers included Carlyle Group, CVC Capital Partners and Silver Lake. At least one of those transactions has since exited. AIG, which acquired a position in Blackstone Group prior to the firm’s IPO in 2007, sold its stake in 2012 for about $500 million, according to a report. A spokesman for Blackstone declined to comment.

Minority stake purchases cooled in the wake of the global financial crisis, but they have started up again with interest in the deal type from secondary fund specialists, according to industry players. Secondary players routinely take part in GP restructuring deals and have the skill-set necessary to buy minority positions in private equity firms, according to sources.

The deals may help senior partners at the firm get liquidity for their shares as part of an eventual succession plan. For investors, they gain greater insight into the operations of the private equity firm and benefit from upside potential of the GP’s business. They also get a better chance of getting into future funds from top GPs, potentially outflanking other LPs.

One potential hurdle to GPs must contend with on such deals is that minority investors may seek to gain anti-dilution rights on any future transactions. “You definitely have somebody sitting at the table whose view you have to consider,” Lavon-Krein said. “But most decisions still rest with the house.”

Dyal Capital plans to acquire a portfolio of minority stakes in 12 to 15 private equity managers, diversified by investment strategy and geography, with minimum investments of $10 million.

If the industry manages to raise significant sums for these transactions, more players may wade into the space, Lavon-Krein said.

“The audience who wants to do these deals has changed from anchor LPs to institutional businesses that recognize it’s a good thing to be a minority investor in a private equity manger,” Lavon-Krein said. “As private equity evolves into a much more mainstream asset class, you’ll see these types of transactions … to build stronger relationships with existing LPs or to add product lines. It also boosts balance sheets for acquisitions.”

Action Item: Attorney Daniel Lavon-Krein of Kirkland & Ellis can be reached at daniel.lavon-krein@kirkland.com.