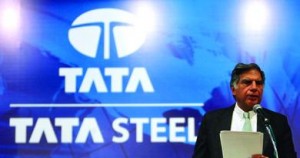 The Asian banking system in general has escaped the worst effects of the current downturn, according to Max Burger-Calderon at Apax Partners in Hong Kong. “Out here, they never had the opportunity to do the same amount of debt financing as in the West,” he says. “So they never came to the excesses of the West. Debt has been harder to get, so they never did the crazy things like consumer credit in the US.”

Though private equity players in the region avoided the debt glut more due to circumstance rather than choice, the outlook in the region is still rather pessimistic. A survey conducted by professional services firm Deloitte published in September 2008 found that 70% of private equity professionals in China expect returns from exits to decrease in the coming 12 months, citing market volatility, falling exit multiples, previous higher entry multiples and general market uncertainty as reasons. Even this survey only managed to find 30 respondents.

The unwillingness of state-owned and entrepreneur-led companies to accept private equity investment in China has pushed the sector towards growth capital, yet there remains glimpses of a positive future in the country: “There are still inefficiencies in the Chinese market so there are still opportunities,” said one respondent to the Deloitte survey.

In the year to mid-May 2008, a mere £259m was deployed by private equity firms in China, a drop more than 20% compared with the same period in 2007, but the Chinese government is working hard to attract more. This summer, the Asian equivalent to the Davos forum, known as the Boao Forum, came to London, its first time outside Asia. China’s vice-minister of commerce and the head of fiscal and financial affairs at the National Development and Reform Commission met with private equity and other investment groups including Blackstone, TPG Capital and Goldman Sachs. Reports from the conference indicated China’s willingness to develop its private equity markets, to stimulate growth and support the country’s emerging businesses.

Around 12 new state-backed Chinese private equity funds have recently been launched, with a combined investment pot of US$10bn, to finance the country’s state-owned industries, including the Bank of China’s Bohai fund.

By contrast, private equity investment both into and out of India has developed faster and more profoundly. Although leveraged buyouts, such as the US$13.1bn acquisition by Tata Steel of its Anglo Dutch rival Corus in 2007 have disappeared, activity levels remain strong. According to accountancy firm Grant Thornton, the UK is now the most popular destination for outbound Indian M&A, with a total of £1.52bn in acquisitions for the first half of 2008, against £930m in the US and £561m in the Netherlands. The figures are boosted by the sale of Jaguar and Rover carmakers to India’s Tata Motors for US$1.3bn.

“Indian businesses are looking primarily to buy brands and established distribution networks,” says Anuj Chande, head of Grant Thorton’s South Asia Group. “If a UK brand with an international profile is looking for buyers, expect interest from acquisitive Indian companies. This is a nation forging ahead with buy-and-build on a massive scale.”

In Japan, years of austerity and caution in investment following the country’s banking crisis in the late 1990s have been replaced by a outward-minded buying phase, with banks such as Nomura “cashed up and ready to spend,” as one investment banker put it. The Chinese economic boom helped to rescue the Japanese economy from the doldrums and (despite recent stock market plunges), it is in better shape than many of its Western counterparts. The US$17bn worth of pharmaceutical acquisitions by Japanese companies overseas is one striking example of the new mood.

Elsewhere in Asia, there are pockets of buyout activity demonstrating the potential for renewed dealmaking once the current turbulence abates. CVC Asia Pacific acquired Malaysian gaming company Magnum Corporation Berhad in June 2008 for US$1.54bn, its third investment in Southeast Asia since mid-2007.

CVC Asia Pacific raised US$4.2bn in April 2008 to invest in the region, earmarking US$1.26bn for Southeast Asia, particularly Singapore, Malaysia and Indonesia. Although Indonesia welcomes foreign investment and private equity, its regulatory regime is immature in some respects, for example it does not have any regulations to deal with privatisations.