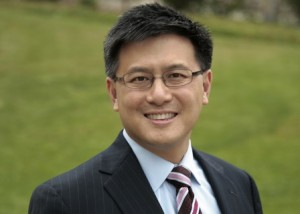 Speaking at the PartnerConnect West conference in Half Moon Bay, California, on October 14, Chiang framed his comments in the context of legislation he proposedthat would require general partners to detail all fees, carry and expenses to California pensions, including the state’s city and county pensions. The pensions would then assess what information needs to be disclosed to the public and the timing of those disclosures. Chiang sits on the board of both CalPERS and CalSTRS.

Much of the recent controversy surrounding pensions’ ability to track carried interest and fees centers around CalPERS and CalSTRS, which are widely considered to be among the most influential public limited partners in private equity. Earlier this year, staffers from both pensions admitted they did not know how much carried interest their managers had taken out as their share of investment profits. When asked whether CalSTRS and CalPERS could obtain this information on their own, without legislation, Chiang said “that is in fact not the case.”

“We have a lot of private equity firms who have declined to do business with both pension plans because they’ve witnessed what’s happened in the past with the media making inquiries as to [the] types of fees, and what are the returns,” he said.

In an interview after his remarks, Chiang said some of CalPERS’ and CalSTRS’ private equity managers are “not as forthcoming or willing” to provide the level of detail sought by board members.

“You always have challenges to get full disclosure in the manner that you want from your partners. So we’re working with them, to educate them on how important it is to get the information to us in a form that’s understandable and clear,” he said.

When asked during his remarks whether staff should have been able to assemble this information, considering other retirement systems’ ability to do so, Chiang said, “It’s on all of us.”

“I wish I could provide more disclosure in regards to all of this, but some of this is confidential,” he said. “That balancing act between what we can disclose, what we’re allowed to disclose, and what’s being shared with us is the difference between us and [Employees’ Retirement System of] Rhode Island and South Carolina.”

“Because partnership structures are often quite complex and because the disclosure of these items by general partners is not standardized, it is more challenging for limited partners to track and monitor these items than would otherwise be the case,” CalSTRS’ Director of Private Equity Margot Wirth wrote in a September memo.

The CalSTRS board directed staff to find ways to track carried interest and other fees in September.

Even so, DeAnda said Chiang’s issues do reflect issues CalPERS had obtaining and processing portfolio fees and expenses in the past. Some managers were reluctant to hand over information about fees and expenses, and different GPs often worked off of different templates, which made it difficult for staffers to aggregate the total carried interest collected by managers.

While CalPERS could secure relevant details in workable forms from firms managing separate investment accounts on behalf of CalPERS, its investments in traditional private equity funds were made alongside many LPs “who don’t share our concerns with fees and transparency,” DeAnda said.

“A lot of people do say that, ‘Oh, you’re CalPERS, you should be able to do whatever you want,’” he said. “It does give us some leverage, but not as much as people think.”