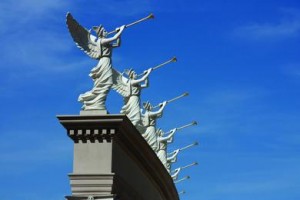 Angel investing represents the most significant initial source of risk investment in entrepreneurs in the UK, offering more than twice the level of VC funding in start-ups.

This is true in both the UK, with an average of £1bn angel investment per year, and the US angel market at US$26bn in 2007, and is a growing phenomenon across Europe (€4bn).

At the same time the VC market has been creeping up the finance ladder to later stage deals. Latest figures from Deloitte’s Global Trends in Venture Capital (2009) show that VCs’ reaction to the global recession has been a significant shift of focus to later stage companies, with reduced levels of investment in earlier stage companies. Added to this is the increasing attention VCs are paying to Asia at the expense of European propositions.

The BBAA – the UK association for angel and early stage investment which represents 25 angel networks across the UK with 5,000 investors – has noted a 40% to 50% increase in demand from businesses seeking angel investment over the past 12 months.

In the current economic climate, these businesses have limited access to bank debt or alternative finance sources, particularly VC investment. There is also a lack of publicly supported early stage VC funds, since most of these funds have finished investing and new regional funds have not yet launched. Whilst there are a number of Enterprise Capital Funds in operation around the UK, these cannot fulfil the level of demand from early stage entrepreneurs.

Recent research that NESTA carried out in collaboration with the BBAA (Siding with the Angels, May 2009) based on over 1,000 angel deals and over 400 exits, revealed that 85% of all the deals were done with a pre-money valuation of £2.5m, and 41% in either seed or start-up stage with a further 36% in early growth stage.

This shows the importance of angel investors as the risk-takers in the market as the bigger VCs become increasingly risk averse. A further key differentiator from the VC market is that angels bring ‘smart money’, offering not only finance, but important business skills and industry experience to build small companies.

Angel investing is not for the faint hearted – you have to be prepared for failure as well as success. The NESTA/BBAA research also shows that angel investing, whilst it carries risk (56% of investments fail to return the investment stake money), it can also generate very attractive returns, offering between 2.2 x to 30x the capital invested, leading to a 22% IRR based on a spread portfolio over four years. This shows that angel investing can be regarded by would-be investors as an important option compared with other sources of investment.

The existing angel community has been hit by the recession: they have been occupied with sustaining their current portfolio businesses to keep them afloat, whilst facing pressures on their property and share investments. We need therefore to increase the overall supply of angel investors.

To respond to this demand for angel investment, the BBAA has gained the backing of Peter Mandelson’s new Business Innovation and Skills Department to launch a major new national angel investing awareness campaign. The aim is to enable individuals with both money and experience to identify the opportunities of using their skills and financial capability to invest in early stage SMEs with high growth potential, thereby increasing the overall pool of angel investors across the UK.

The tax breaks for angel investing in early stage businesses also offer a major incentive. Under the Enterprise Investment Scheme EIS, 20% tax relief is offered on investments in small businesses, including CGT relief and IHT deferral.

The BBAA, as part of its current campaign to increase angel investing, is calling on the Government to review this current level of relief and to make a significant increase (30% to 40%) in the level available to encourage more individuals prepared to invest in the risky very early stage and start-up end of the market, as an important means to bring more people to take up angel investment.

Awareness events are being organised across the country as part of the awareness campaign and further information can be found on www.bbaa.org.uk/awareness