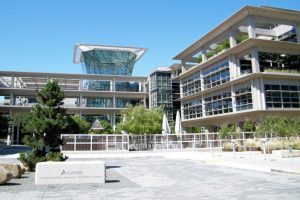 California Public Employees Retirement System’s Board of Administration briefly considered a strict policy restricting member communications about board decisions before backing off the idea after criticism from several board members.

The policy, parts of which are still being scrutinized by some board members, was introduced just as the system is considering a massive and controversial expansion of its private equity program. The plan includes creating two “CalPERS Direct” funds, one to focus on late stage venture and another on long-hold investments. Several board members have recently voiced their dissent to this plan in its current form.

The code of conduct language in question, part of Section 6 of a draft version of the code, was removed in a revised version. The board reviewed the draft code at its July offsite meeting. The removed language said: “When action is taken by a committee or the full board, all board members will support the action regardless of their individual vote on the policy.”

The remaining language in the section reads: “Board members shall communicate accurate and reliable information about CalPERS policy decisions to strengthen the understanding for beneficiaries, stakeholders and the public. Board members will not allow personal bias, conflicts of interest or the influence of other people to override their trustee responsibilities.”

CalPERS Board President Henry Jones told Buyouts there was a “total disconnect” between the introduction of the code of conduct and the coming private equity overhaul. He said the code of conduct was the result of an independent assessment by the National Association of Corporate Directors, part of an ongoing self-evaluation process by the CalPERS board.

“I felt it was important that we needed to respond to the findings of the survey. That’s why we hired NACD, to do the assessment and see what the issues were, and then they brought us back a whole series, and code of conduct was just one,” he said.

The July 17 discussion was intended to be a “first reading” of the draft, according to a presentation seen by Buyouts. A first reading usually leads to a “second reading” and vote at a future meeting, CalPERS Spokesman Wayne Davis told Buyouts. The board can call for additional changes after a second reading if it chooses.

However, board members apparently did not receive the draft code of conduct until just before the July 17 session.

“The whole process was not transparent, the document showed up at our seats at 8:30 [a.m.]. It just was sitting there,” said Board Member Margaret Brown in an interview with Buyouts. “We don’t typically do something this important at an offsite … It was rather shocking to me to see what I thought of as an attempt at no transparency.”

Board member Jason Perez, who assisted in writing the draft, had suggested edits, including cutting out the final line from Section 6, which were provided as an appendix to the draft.

During the meeting, several members expressed mixed feelings about the wording of the final line of Section 6, according to a video of the meeting.

“I don’t want to cut off the ability to defend our position,” said Board member Betty Yee. “But obviously we’re all on board as far as not impeding implementation [of board decisions], so if we could clarify that I think it would be helpful.”

“It doesn’t mean that we cannot voice our individual opposition,” Perez said at the meeting. “I think we have to do that responsibly.”

At the meeting, Brown was against characterizing the July 17 discussion as the first reading of the code of conduct. She agreed with Perez’s idea to excise the final sentence from Section 6, adding that she did not support several proposals the board was considering.

“I need to be able to defend my position to the press or to members or whoever,” Brown said at the meeting.

After the discussion, Jones agreed to have the first reading at the next board meeting.

“You come into a meeting, you have different expectations and viewpoints,” Jones told Buyouts. “The ultimate outcome was the correct one, that it was not a first reading.”

The revised draft has been provided to board members and will be the one read at its next meeting on Aug. 19-21.

But Brown still has reservations about other sections of the code concerning what information is kept confidential and how the board should interact with the media.

Perez and Board member Rob Feckner were tasked by Jones with creating the code. Neither of them responded to emails from Buyouts requesting comment, nor did board member Theresa Taylor, who spoke partly in favor of the rule at the meeting. At the meeting, Feckner apologized to his fellow board members for the lateness of the draft.

Action item: watch the CalPERS Board’s discussion of the draft code of conduct at their July offsite meeting here.