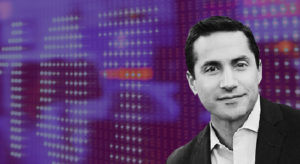 Ruiz’s departure comes as the nation’s largest public pension system is planning to overhaul its private equity program to correct itself from a “lost decade” where it claims underallocation to the strategy cost it billions in returns.

It is also the latest high-profile departure of an official from a large retirement system, which some experts say has contributed to a slowdown in LP commitments.

“Greg has helped CalPERS position our private equity program for long-term success. He restructured the portfolio, consistently deployed capital in our co-investment program resurrected under our CEO Marcie Frost and helped build a highly talented team of investors dedicated to the CalPERS mission,” said CalPERS CIO Nicole Musicco in a press statement.

Ruiz is leaving CalPERS for a partner role at Jasper Ridge Partners, which manages $33 billion for a host of family offices, foundations and other institutions. Ruiz started his position at CalPERS in May 2019 after previously leading direct private equity investments at Altamont Capital Partners, according to a press statement from Jasper Ridge.

A spokesperson for CalPERS said it would begin recruiting a replacement for Ruiz shortly.

According to CalPERS, private equity ranks as the system’s highest performing asset class and returned 21.3 percent for the fiscal year ending in June.

CalPERS also announced the hiring of Anton Orlich as its managing investment director for growth and innovation, a newly created position responsible for higher growth and higher risk and reward opportunities that fall outside of traditional asset classes.

According to CalPERS, these types of opportunities include growth equity. The system did not provide further details about the types of investments that would fall under growth and innovation when asked.

Orlich most recently was the head of alternative investments at Kaiser Permanente. Under Orlich’s watch, Kaiser ramped up its private equity portfolio from $6 billion in NAV in 2019 to $33 billion at the end of 2021.

Private Equity International named Kaiser its North American LP of the year for 2021.

Kaiser did not respond to questions about Orlich’s departure by press time.

Orlich previously served as a portfolio manager for CalPERS’ private equity program from 2013 to 2016, according to CalPERS.

The departure will not impact CalPERS’ plans to grow its exposure to private equity, which it outlined at a September board meeting.

At the meeting, Musicco said the $439 billion system was underallocated to private equity between 2009 and 2018, dubbing it a “lost decade” that cost the system an estimated $11 billion to $18 billion in returns.

CalPERS began the transformation of its private equity portfolio last November after it hiked target allocation to 13 percent from 8 percent, requiring it to rapidly increase its pacing.

The hiring of Musicco in February was also a signal of the system’s growing appetite for private equity. She previously worked for private equity manager RedBird Capital Partners after managing the private markets program for Investment Management Corp of Ontario.

The system currently allocates 12 percent to private equity and must commit at least $15 billion annually to reach its target, according to a presentation made at its September investment committee meeting.

The system’s investment committee at its November meeting will consider various proposals to enhance staff ability to invest in PE. Read more here on Buyouts.

Ruiz is the latest to leave an influential position at a large public allocator in recent months. While CalPERS will likely face no issues in recruiting a replacement, his departure reflects a trend of people leaving public sector jobs.

Earlier this week, Ontario Teachers’ Pension Plan announced it was parting ways with Karen Frank, the system’s global head of equities. OTPP’s private equity portfolio stood at $43.4 billion at the end of 2021, according to the GI 100.

Employment gaps in these positions has resulted in delays in decision making at some systems, according to industry sources. Many LPs have also suffered from “LP Fatigue” as limited staff endured a frenetic fundraising pace over the past few years and now consider investment options in a volatile economy.

Public retirement system employees are limited in salary. At the same time, many private equity managers appreciate the experience and industry knowledge of public sector employees and can offer more in salary in the hunt for talent.