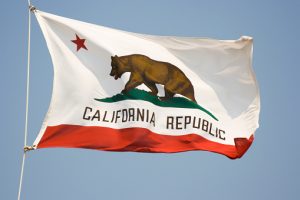 The non-traditional strategies for the first time are getting separate benchmarks, PE head Margot Wirth says. The three strategies, which collectively make up 10 percent of CalSTRS’s PE portfolio, are expected to provide lower returns than other PE investments, Wirth said.

Within the non-traditional category, long-term strategies and special-mandates benchmarks will be derived from the buyout portion of the State Street Global Exchange Private Equity Index. Long-term strategies would then be multiplied by 90 percent and special mandates reduced by 200 basis points.

Multistrategy investments will be measured against a benchmark derived from the same index, weighted 60 percent from the debt-related portion and 40 percent from buyouts.

The discounts reflect CalSTRS’s expectation that long-term strategies and multistrategy investments will have lower risk and lower reward than typical PE investments.

“You may not get quite as high a return as in traditional private equity, but you can hold them for longer, and there would be less risk,” Wirth said of long-hold investments, which are a relatively new addition to the portfolio.

“We think that as a first mover, we can take advantage of early opportunities, but we also feel that that should be evaluated [separately].”

The lower special-mandates benchmark is intended to reflect the additional layer of fees that CalSTRS pays for those investments, which are structured as fund-of-funds relationships, Wirth said.

CalSTRS uses its special-mandates allocation to invest in areas like emerging managers, small buyouts, venture capital and investments in underdeveloped areas. The system also uses this category to create a pipeline for smaller GPs to graduate into CalSTRS’s broader portfolio.

CalSTRS also updated its target allocations to subasset classes in PE, increasing its emphasis on buyouts.

The increase to buyouts reflects not only the available opportunity set but also CalSTRS’s intent to double its allocation to co-investments.

To further support that shift, the new policy doubled the limit on staff’s delegated co-investment authority, to $250 million.

“Private equity can save us a lot of fees just in the co-investment program, but we need a team of people to make those decisions and move on those decisions in a short period of time,” Chan said.

CalSTRS is also trying to take a more holistic look at its PE partnerships, negotiating perks like bulk discounts on management fees, getting a first look at co-investment opportunities or netting carried interest across funds, Chan said.

“That’s something that we would very much like to do, is restructure more of these partnerships,” Chan said. “There’s a lot more that we can leverage.”