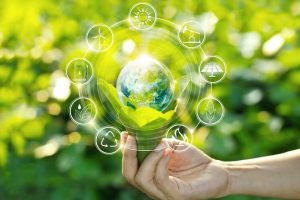 California State Teachers’ Retirement System officially adopted a plan to commit $150 million every year to sustainable private equity co-investments with a focus on “low-carbon solutions” to the climate crisis.

The pension system’s investment committee signed off on the plan at its March 4 meeting with a unanimous vote. The private equity commitments will be part of a larger plan to include private investments in the system’s sustainable investments program.

The committee first considered the plan at its January meeting, as Buyouts reported. A CalSTRS spokesman said the private equity investments could include energy, technology-enabled resource efficiency, water and waste management, land or agriculture management and food security.

The co-investments will be made in collaboration with the system’s already-burgeoning co-investment program. The system just committed more to private equity co-investments than to traditional funds in the second half of 2020, as Buyouts reported.

Private equity director Margot Wirth told the board in January that deals would be sourced from the pension’s existing managers.

“The concept here is to collaborate and use our existing resources and relationships to help source deals that would be appropriate for the portfolio,” she said.

This time around, another of the pension’s asset classes, Innovative Strategies, was added to the private program as a potential source of deals. This asset class is intended to invest in strategies that fall outside the traditional asset classes used by the board and can include both public and private investments. One notable investment made in that asset class was a $1 billion strategic relationship with Owl Rock Capital Partners, which was announced last year, as Buyouts reported.

Kirsty Jenkinson, the system’s head of sustainable investment and stewardship strategies, said the reasoning behind this was that that asset class could also include the private markets.

“We believe that it makes sense to also reference the innovative strategies policy in order to have a consistent approach,” she said.

The sustainable private portfolio will also include investments from the real estate and inflation-sensitive asset classes.