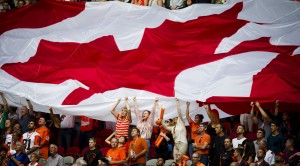 * PE saw strongest first half since 2007

The data indicates there was C$636 million ($488.48 million) in venture capital invested in 143 deals in the second quarter, a sum that was 15 percent higher than that invested by VC firms in the first quarter, according to Reuters news service.

Despite the surge, the average size of VC deals in Canada continues to lag far behind those in other countries. The average VC funding round size in Canada now stands at about C$4 million, far behind the United States at C$17 million, the United Kingdom at C$13.7 million, and Israel at C$10 million.

The data shows deal sizes are improving though, with 11 C$20 million plus deals in the first half of 2015, compared with just 5 in the same period in 2014.

The two biggest financings in the space both came in the second quarter, with Toronto-based technology start-up Real Matters raising some C$60 million in May, and Toronto-based biotech start-up Northern Biologics, which is backed by Versant Ventures, raising C$36 million in late April, via a tie-up with Celgene Corp.

The biggest deal in the space in 2015 came in late June when Cenovus Energy, Canada’s second-largest independent oil producer, agreed to sell its portfolio of oil and gas royalty properties to Ontario Teachers’ Pension Plan for about C$3.3 billion.

The data also showed a huge surge in the level of outbound PE activity, with Canadian PE firms and pension funds investing a whopping C$95 billion outside of Canada during the first half of 2015, up from C$3.7 billion in the same period in 2014.