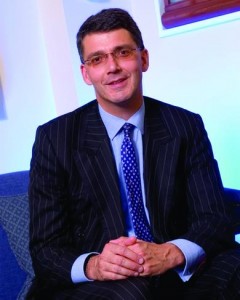 Beaton joined GE Capital in 1988 and held a number of senior positions in Europe and the US before being mandated in 1995 to set up GE Equity Europe. Prior to forming Glenalta, he established Langholm Capital Partners with support from Unilever. Before joining GE Equity, Beaton was with 3i from 1984 until 1988 and he spent five years as a chartered accountant at Ernst & Young in Edinburgh and Paris.

Smith joined GE Capital in 1990, where he met Beaton. He was at first responsible for originating, structuring and completing infrastructure and energy project finance transactions, initially in the UK and later at GE Capital’s Stamford, Connecticut-based headquarters, working closely with Beaton. Smith returned to London to join Beaton in establishing GE Equity Europe in 1996. In 2000 he was appointed managing director – commercial services, responsible for growth capital and buy-out transactions in the aerospace, energy, manufacturing, healthcare and chemicals sectors, generally as a co-investor.

Prior to establishing Glenalta Capital with Beaton. Smith established the European business of First Reserve Corporation, the leading private equity fund in the energy sector, and served as an adviser to AXA Private Equity.