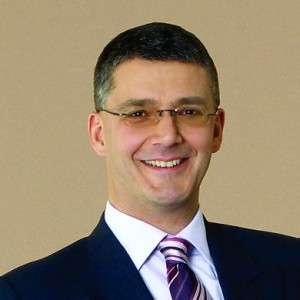 The IPO of oil and gas engineering company TGE Marine AG on AIM has generated stellar returns for Capital Dynamics, which recouped more than 20x its investment in just two years from the flotation of TGE and retains a 3% interest in the Bonn-based business.

“TGE had an entrepreneurial heritage, having been independent until Suez-Tractebel bought it in 1993. We thought the management team were exceptional and brought in Caledonia Investments PLC to secure the deal,” says David Smith, managing director of Capital Dynamics’ co-investment team who originated the deal.

“As an investor, Caledonia has a strong energy focus and its shipping background and track record of supporting management teams over the long-term made it the perfect partner on this deal,” says Smith.

Caledonia remains a 35% shareholder in newly listed TGE. It was able to realise £32m from the listing on AIM in mid-May.

Over the two-year period following the management buyout, TGE undertook a restructuring process to separate its onshore and offshore units. This restructuring, combined with the growing global demand for liquefied gas and liquid petroleum gas, for which TGE designs and constructs gas-carrying ships, led to strong growth during Capital Dynamics’ holding period.

“We didn’t always intend to list TGE but during the course of our involvement with the company it became clear that the offshore business would be very attractive to public market institutional investors,” says Smith, adding that the company did receive several unsolicited bids from trade buyers and private equity.

Kaupthing Singer Friedlander advised the company on the IPO, which represented the largest AIM listing of the year at the time, raising €87m (£67m) and valuing TGE at €195m (£158.3m).