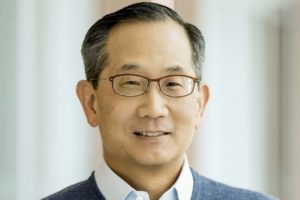 Carlyle Partners VIII brought in more than $11.4 billion as of the end of December, the firm reported in its fourth-quarter and full-year 2021 earnings. That amounts to 52 percent of the offering’s $22 billion target.

In addition, Carlyle Partners Growth Fund accounted for nearly $1.1 billion, the firm reported, or 53 percent of its $2 billion goal.

The two offerings, which together make up Carlyle’s US buyout and growth strategy, were both rolled out in October.

Carlyle last year laid out an ambitious cross-platform plan to raise at least $130 billion in fresh capital by 2024. About half of the target is tied to the launch of new offerings under the global PE platform, consisting of corporate private equity, real estate and natural resources.

Fund VIII is a centerpiece of the initiative. Part of a series as old as Carlyle itself, it makes mostly control investments of $300 million to $2 billion to drive growth and operational gains in market-leading businesses. Activity is focused on six core sectors: industrial, technology, healthcare, consumer, aerospace and defense and financial services.

The fund is the largest in the market, according to Buyouts data, though Blackstone is reportedly preparing to launch a $30 billion Fund IX. If the Carlyle flagship meets its target, it will be 19 percent larger than its predecessor, closed in 2018 at $18.5 billion.

The growth equity vehicle, the first under Carlyle’s US banner, invests alongside the flagship. It writes checks of $100 million to $200 million, primarily for investments in consumer, healthcare and technology. It also invests opportunistically in the other core sectors.

Performance was helped along by some major exits in Q4 2021. They include Carlyle’s sale of PPD, an outsourced clinical trial management and lab services provider, to Thermo Fisher Scientific for $17.4 billion. The firm scored a more than 3x return, PE Hub reported.

Carlyle secured a total of $51.3 billion last year, “nearly double what we raised in 2020,” CEO Kewsong Lee said in the earnings call. “Stepping back,” he said, “the headline is we ended 2021 with strong fundraising momentum that will carry over into 2022.”

Almost $475 billion of capital was raised by 854 North American PE funds in 2021, up 19 percent year over year, Buyouts data show.