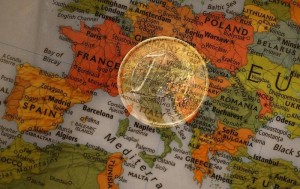 “We’re off to a fast start in 2015,” Carlyle Co-CEO David Rubenstein said on the firm’s first-quarter conference call with Wall Street analysts.

Including NGP and other funds, Carlyle Group now holds $11 billion in dry powder available to invest in the energy sector.

Among its other milestones:

On the deal front, Co-President Bill Conway said Carlyle deployed about $1.5 billion in capital in Q1, below its pace of about $2.5 billion per quarter in the past calendar year.

Conway cited higher buyout valuations in the United States, particularly in the energy sector where prices for targets haven’t come down as much as expected given the sharp plunge in oil prices. The firm continues to see better opportunities outside the United States. Conway said it is unlikely that Carlyle will deploy $2.5 billion in the current quarter.

Co-President Mike Cavanagh, who joined Carlyle one year ago from J.P. Morgan Chase & Co, said the firm sees opportunities to grow its Global Market Strategies (GMS) business, which focuses on credit, equities and alternative instruments such as BDCs, given the pullback by big banks in the middle-market lending space.