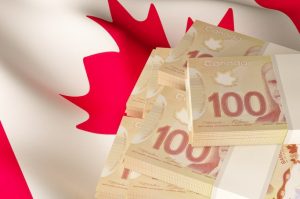 Companies receiving financial support must meet several criteria. These include “having been profitable before the COVID-19 crisis, having a promising growth outlook in their sector and seeking financing of over C$5 million ($3.6 million),” CDPQ said in a press release. “Eligible companies will be able to use these investments to weather this turbulent period until the economy recovers and support and advance their recovery plans once the crisis is over.”

CDPQ will also provide support to the companies as they move through the crisis. “These solutions could include various financial instruments based on companies’ needs in the current conditions,” the pension said. The pension is already doing this with its own portfolio companies.

A CDPQ spokesperson did not respond to a question as to whether CDPQ’s support would take the form of equity stakes, private debt or other structures. Direct investments have become a big part of CDPQ’s private equity program, as Buyouts reported. Direct investment now represents more than three-quarters of all activity. In 2019, it deployed C$10.5 billion ($7.5 billion) into the market.

“It’s essential for CDPQ to join the collective effort during the COVID-19 crisis,” said President and Chief Executive Officer Charles Émond in a statement. “This initiative is a good example of our two-fold mission to meet the needs of our depositors and support Québec’s companies and economy.”

Émond recently took over the pension’s top job from Michael Sabia, as Buyouts reported. Before that, he ran CDPQ’s private equity program.

No US-based pension has announced a similar program yet, but family offices with ample capital are considering taking equity stakes in companies, as Buyouts reported. California State Teachers’ Retirement System‘s CIO also told Buyouts the system would be looking to make co-investments based on opportunities in the market.