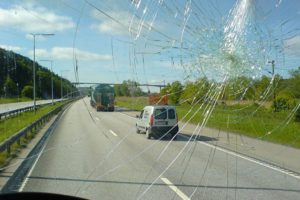 Clayton Dubilier & Rice closed what appears to be the largest ever single-asset secondary deal after assembling an investor group to invest around $4 billion for more time and capital to manage its portfolio company Belron.

The fact such a massive deal has been completed is significant for the secondary market because it illustrates how much capital secondary buyers are willing to expend on large deals. GP-led secondaries, especially single-asset deals such as Belron, have driven the market to what is expected to be record volume levels in 2021.

Assembling an investor syndicate on a $4 billion deal, especially at a time when many secondaries investors are eschewing concentrated bets for more diversification, was a steep challenge. Ultimately, it was a big win for Lazard, which worked as secondary adviser on the deal.

“For very large single asset deals, they can and will get done, you just have to build in a decent amount of time for syndication,” said a secondary adviser not connected to the deal. “Once you start getting over $1 billion, $1.5 billion, in terms of new equity, it can be hard; there aren’t that many people that can write massive checks pretty quickly.”

CD&R acquired a 40 percent stake in Belron in 2018 through its tenth fund, which valued the company at 3 billion euros at the time.

Single-asset deals also give existing investors in the older fund the chance to either cash out of their stakes in the company, or roll or re-invest back into the continuation fund. In this case, it’s not clear if existing LPs had the option to roll, meaning they would stay status quo to the terms they had in Fund X, or re-invest, meaning they’d take the terms of the continuation fund.

The lack of a status quo option in recent large single-asset deals has caused consternation among LPs deciding whether to sell or roll, sources have told Buyouts. Some GPs and advisers argue that certain deals don’t need a status quo option when they offer existing LPs a rich price at which to cash out, and the ability to reinvest into a strong, growing asset.

Belron is among a slew of large single-asset deals that have crossed through the market this year. Another deal that just closed is Master Group, which Novacap Industries moved out of its older Fund III and into a continuation fund in a C$1.1 billion transaction. Goldman Sachs led the Master Group deal.

GP-led secondaries deals represented about 60 percent of the around $48 billion in total deal activity in the first half of 2021, according to the first-half secondary volume report from Jefferies. Single-asset deals accounted for about 45 percent of GP-led volume in that time period, Jefferies said in the report.