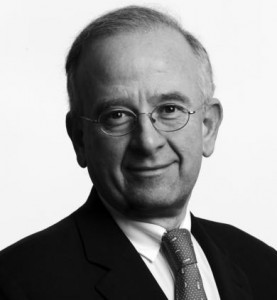 The Central and Eastern European region has become a by-word for opportunity in the private equity world over the past two years. New entrants have flocked to CEE hoping for a slice of the action. However, while opportunities abound, the widely unmediated nature of the still young market means that clinching deals can be hard for new players.

Statistics released by European Venture Capital Association (EVCA) on September 8 show the extent of the tremendous growth experienced by the region’s buyout market, in terms of both capital raised and investments made.

In fundraising terms, CEE has become a honey-pot for investors. A record total of €4.25bn of new capital fully dedicated to the region was raised in 2007, up 89% on 2006’s record year.

“Right up until mid-2008, fundraising for CEE exploded dramatically,” said Thierry Baudon, managing partner of CEE-specialist buyout firm Mid Europa Partners. “However, I think fundraising has probably seen its peak and it is getting harder again now,” he added.

In contrast to the problems faced by buyout players in Western Europe, the region has not experienced a pronounced economic slowdown and GDP growth continues, standing at between 2.5% and 10% across CEE.

“There’s lots of activity going on. It’s a buoyant period for deal origination and leverage is still available from regional banks,” said Baudon.

In 2007, private equity investments showed dramatic growth to €3.01bn, up 80% on 2006’s total. Poland showed the highest level of investment activity, accounting for about 23% of the regional total.

“Poland and the Baltics are definitely attractive markets. Poland has punched below its weight for some time but now is one of the most buoyant sources of deal flow, which it should be with about a third of the region’s population,” said Baudon.

In 2007, Mid Europa also completed its first deal in Serbia, and the country’s first LBO, buying Serbia Broadband (SBB). “Serbia is now a safe enough, predictable enough country in which to do deals, as long as you know who not to work with,” said Baudon.

With CEE resilient, growing and increasingly regarded as politically and legislatively sound, Russia excluded, it’s no surprise that non-specialist CEE-investors have started setting up shop outside their traditional Western European remit.

Bridgepoint, for example, opened an office in Warsaw in 2007. and Candover is rumoured to be in the process of establishing a presence there with a new subsidiary company, Candover Eastern European Partners, in the offing.

Are the pioneers of private equity investing in the CEE region, Mid Europa Partners and Advent International, starting to feel that it’s getting a bit crowded?

“It’s not feeling crowded,” said Baudon. “Yes it’s a little more competitive than it was, but it’s more noise from new entrants than anything else.”

According to Baudon, most deal flow in the region is proprietary or semi-proprietary: “It’s a question of not only whether new players can get access to deal flow, but also whether they get access to the right deal flow.”

The CEE market is a lot less mediated with less opportunity to outsource the analytical work surrounding deals. This can make it difficult for new players.

Bridgepoint has completed one deal since opening two years ago – the acquisition of Polish rail logistics business CTL Logistics in November 2007 for an unconfirmed €400m. Market sources suggest that it substantially overpaid for the business and is now keen to sell it, with Deutsche Bahn in the picture to buy it.

Despite the difficulties new players might face, their efforts are likely to pay off as the CEE buyout market evolves.

“There are plenty of opportunities – we are now seeing the first generation of home-grown entrepreneurs selling their businesses. We are well beyond the privatisation stage, with most deal opportunities coming out of restructuring, spin-offs or consolidation/divestment processes,” said Baudon.

A secondary buyout market is also emerging. “There’s now enough history of deal making for there to be a pool of assets accessible to secondary buyers,” he said.

Trade sales, however, remain the primary exit route, as confirmed by EVCA data. Mid Europa’s experience reflects this – of a total of 11 exits, 10 have been trade sales.