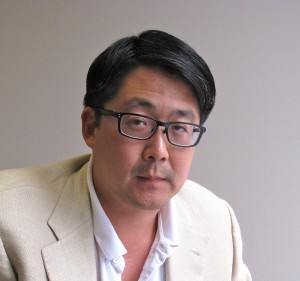 The past couple years have brought big changes to the seed market.

The number of seed deals is down, the number of funds is up, and both round sizes and ownership targets have spiked. It is a recipe for added competition, which is exactly what is taking place.

For Michael Kim at Cendana Capital, the result is a more pronounced split between the haves and have-nots of the business.

“I think seed rounds are a lot more competitive,” said Kim, a managing partner at the seed-focused fund of funds. “Unless you can write a meaningful check it is going to be very difficult as a GP to generate substantial returns for a seed fund.”

“Seed fund managers realize they need to have good ownership in companies if they are going to move the needle on their portfolio,” he said.

The difference may show up in a fund’s return.

VCJ recently had the opportunity to speak with Kim. What follows is an edited transcript of the conversation.

Q: Seed deals have declined over the past couple years from a peak of more than 1,400 a quarter in the United States to about 900. How has this affected your managers?

A: What I can relate to you from our portfolio funds is their pace of investing has not slowed down.

The primary driver of the differential between what you see publically reported in the aggregate data vs. what I’m seeing from our fund managers is probably largely due to the fact that a lot of party rounds have gone away, or certainly diminished. Party rounds are where 20 to 40 individuals all chip in to get an angel or seed round done.

Contrast that with the opposite end of the continuum where you have one of our portfolio funds leading with a million-and-a-quarter check with another seed fund that’s in for $750,000 and five individuals at $100,000. That is a $2.5 million seed round led mostly by institutional investors.

Two years ago, maybe 1½ years ago, there were still a lot of companies where the seed round was made up of only individuals, and not institutional-grade seed funds.

Q: We’ve seen a significant rise in seed funds. How big is the seed universe today?

A: You see different estimates somewhere between 250 to 400 seed funds in the United States. I suspect that 90 percent are just a few ex-Facebook engineers with a few million dollars in their pockets and their friends. They are not institutional, not full-time funds.

Probably 10 percent, somewhere between 30 and 40, maybe 50, have institutional LPs investing in the funds and GPs that are full-time fund managers. I think the headline number of 300 to 400 seed funds is to some extent exaggerated.

Q: How active is the fundraising market right now?

A: I would say we’re talking to anywhere from two to four new groups every week. That’s worldwide. We talk to groups outside the U.S.

One thing I would add about the increased number of seed funds, it actually is creating a more pronounced have-and-have-not dynamic among seed funds.

The incumbents, if you looked at Jeff Clavier at SoftTech VC or Lerer Hippeau in New York, they’ve raised funds of about $100 million. With a $100 million fund they can continue to lead the seed rounds.

So let’s say the seed round is $2.5 million. SoftTech or Lerer Hippeau can write the $1 million or million-and-a-quarter check. I think that helps strengthen the market position of these incumbents. I think that is creating a greater disparity between the haves and have-nots in the seed fund space.

Q: How will the have and have-not dynamic play out in the next few years?

It’s a virtuous cycle for the incumbents because they will get the ownership they need in order to have a material impact on their funds.

And I think the smaller funds may ultimately, through their hustle or the value-add they try to provide their portfolio companies, graduate and become more of the incumbent class.

But I do think you might have this dichotomy of the incumbents like a SoftTech or Lerer Hippeau or Founder Collective really doing very well, performance wise, because they get the ownership they want.

Consequently for the newer funds that are trying to compete against them, the path for them to generate outstanding returns may become more difficult.

Q: How have you seen ownership targets change in the past year or so?

A: We have over 700 companies with our fund managers. We ran an analysis on the increase in ownership.

I would say the median ownership maybe four years ago was closer to 4 percent.  In the last two years, it is closer to 8 percent.

Clearly our fund managers are focused on ownership. Some of our new thinking is they may want to focus on even higher ownership and have more concentrated portfolios. So targeting 15 percent instead of 10 percent.

Q: Do you see a continuing Series A crunch?

A: I never thought there was a Series A crunch. With firms like Sequoia Capital, Benchmark, Greylock Capital in the world, add in a new player like Andreessen Horowitz, add in relatively new players like Union Square Ventures, Foundry Group, True Ventures, add in Social Capital and all the other funds out there like Shasta Ventures, Venrock, Mayfield, Menlo Ventures, and there is a substantial amount of capital available to make the initial investment at Series A.

Our fund managers have a great track record in getting their seed companies funded at Series A.

The data from Mattermark or PitchBook show on average 30 percent of seed funded companies raise their Series A. Our data across our 700 portfolio companies actually show it is closer to 60 or 70 percent. I think there is substantial Series A capital available.

Q: So you don’t worry about a funding bottleneck in venture?

A: My greatest worry at this point in the market is actually the Series B stage. The bar is substantially higher for a company to raise Series B.

Now there is still substantial capital available at Series B. It’s just the bar has been raised. Companies have to show great traction and great metrics. The reason why is because with the market volatility especially in Q1, enterprise valuations dropped almost by half. That put a scare into a lot of founders and GPs.

The Series B investors are looking much more closely to the public markets. As valuation multiples came down, I think they were a lot more sensitive about the entry valuation for themselves.

All that translates into a much higher bar for Series B. You see in the data that actually Series B valuations have come down. That’s where you hear CEOs say flat is the new up round.