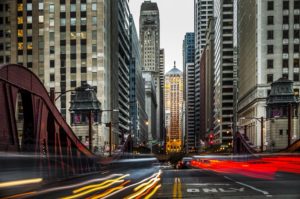 Center Rock Capital Partners is targeting $750 million for its second fund in a quick turnaround from its debut offering, which closed in 2018, sources told Buyouts.

The firm is one of several newer managers testing the record-setting private equity fundraising market that has made room for emerging shops alongside well-established firms. Managers with proven track records from larger shops are finding reception with LPs looking to form new relationships.

Center Rock is officially in the market with Fund II, one of the sources said. The fund as of now does not have a cap, the source said.

No one from Center Rock responded to a comment request. Park Hill Group is working as placement agent on the fundraising.

The firm closed its debut fund on $580 million in 2018. Center Rock was formed by ex-Wynnchurch Capital executives Ian Kirson and Terry Theodore, who are the GP’s principal owners, according to Center Rock’s Form ADV. Kirson and Theodore were partners at Wynnchurch.

Center Rock invests in North American companies in industrial manufacturing and services across numerous sectors with revenue of $25 million to $500 million. In June the firm acquired Power Plant Services, which provides aftermarket turbine components for power generation and industrials sectors.

Numerous fledgling firms are finding reception with limited partners, who are enthusiastically building up their private equity exposure. Another such GP is Radial Equity Partners, a spinout of Irving Place Capital, which collected more than $368 million for its first fund, Buyouts previously reported.

And Percheron Capital, launched by two ex-Golden Gate executives, is in the market with its debut fund that was expected to target up to $500 million, Buyouts previously reported. The firm managed about $775 million as of June 29, according to Percheron’s Form ADV.