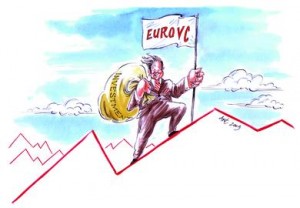 This month in EVCJ we are launching a campaign championing venture capital. For too long the asset class has been ignored or dismissed by investors as a waste of time and money, with claims that the industry is too small, or doesn’t have enough of a track record, or not enough top managers. The market has evolved yet investor perception is tethered to the past.

This campaign will see a series of articles in every issue for at least the next year extolling the importance of European venture. It has a two-pronged approach. Firstly, from a purely investment point of view, why should investors back it – this is the topic I address in the opening article of the campaign on page 6. It’s not a piece about the need for investor diversification, it’s a look at what venture does well and what it needs to do better, and, most importantly, what LPs will miss out on by not committing to the asset class. With the once safe and profitable haven of leveraged buyouts now looking like the riskiest place in private equity, venture capital has an opportunity to make a case for itself with conviction.

The second part of the campaign will focus on the role venture capital plays in European economies and why the government should support it. We kick off that debate on page 11 with a UK-centric look at the Government’s plans for supporting early-stage companies. We will be looking at efforts of the rest of Europe in upcoming issues, but the importance of start-ups and VC to national economies is already clear.

In the opening chapter of his book ‘Private Equity as an Asset Class’, Guy Fraser-Sampson displays some data on the impact venture capital has on the US economy – by the end of 2000, VC had created eight million jobs directly and 27 million if the derivative businesses were added to the mix. VC-backed companies are said to create about 13% of GDP despite only representing less than 1% of the total capital invested. There are no such studies in Europe, but as Fraser-Sampson says, it has had to have had an effect. “It must therefore be accepted that venture capital is socially and economically desirable since it has a clear tendency to boost both GDP and employment.”

The idea for the campaign was partly inspired by the work Fraser-Sampson, as well as Simon Cook at DFJ Esprit, who have, over the years, ploughed lonely furrows on the conference circuit extolling the virtues of European venture capital to rooms full of other VCs whilst the people they really wanted to listen, the LPs, were elsewhere in panel discussions about how great LBOs are, or in meetings with placement agents.

EVCJ is taking this opportunity to put across the message that venture capital has been castigated and overlooked unfairly. We will be speaking to VCs, to business angels, to government bodies, and of course to LPs, to find out just what is going on in this part of the private equity world. This does not mean we are going to be overlooking the failings of European venture capital – performance has not been great, there aren’t enough top venture managers, and fund sizes are often too small – but, with the economic world in turmoil, investors have a duty to consider venture capital fairly, and governments have a responsibility to ensure that new companies, the lifeblood of any national economy, are properly funded. Out of all this financial mess, there are future champions to be found.