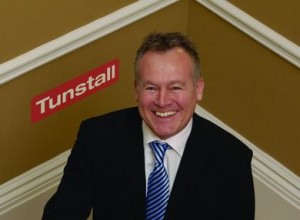 , a UK-based buyout firm, ploughed more than £550m into two secondary buyouts on the same day at the beginning of March.

The larger of the two purchases was , a provider of telecare systems for the elderly and infirm, bought from pan-European buyout house in a transaction totalling £514m, a return in the region of a 2.5x money multiple from its investment.

Bridgepoint was advised on the Tunstall sale by Goldman Sachs, Clifford Chance, KPMG and LEK. Bridgepoint appointed to run the sale, but it is understood that Charterhouse pre-empted the process.

Tunstall has been under private equity ownership for the best part of a decade. The business, which manufactures, installs, maintains and services communication systems for the elderly and infirm, was acquired by HgCapital in October 1999 through a £102.5m management buyout, when HgCapital was a division of Merrill Lynch Investment Managers and known as Mercury Private Equity. HgCapital’s equity investment in the transaction was £51m.

A £26m recapitalisation of Tunstall was carried out in 2004, generating a £26m return for HgCapital’s investors, before it was sold to Bridgepoint in June 2005 for £225m, returning a total of £136m, representing 2.8 times the original cost and an internal rate of return of 22%. Bridgepoint merged into Tunstall the telecare division of Attendo, a Swedish healthcare group bought in February 2005 for €245m, before selling it last January to Industri Kapital.

Principal activities include: care alarm systems for private homes and assisted living environments such as care homes, software for use by monitoring centres to respond to alarms raised and the outsourced management of call centres on behalf of local authorities and related support services.

James Buckley, chief executive, Tunstall Group said: “Telecare plays a key role in delivering personalised care to support people with health and social care needs, their families and carers. Our aim is to offer even more enhanced levels of support, drive forward our technology plans and work with our customers to provide effective solutions for a diverse range of people across the globe and I believe we have found the right team to help us achieve our ambitions.”

The firm is currently in the process of raising a new fund, believed to be in the region of €5bn with a final closing expected in the summer.

Charterhouse also bought UK commercial insurer from . No deal terms were disclosed but Charterhouse said that the transaction provided Giles with £500m of funding to build a business with £1bn of gross written premiums. Giles specialises in the provision of commercial insurance cover for the recruitment, leisure and construction industries, charities and the motor trade.

Gresham, which operates in the lower mid-market, bought Scotland-headquartered Giles in a £45m management buyout in July 2006. Gresham made a further 10 bolt-on acquisitions over the 17-month period of its ownership, during which time turnover more than tripled. Gresham was advised by Deloitte and DLA on the sale.