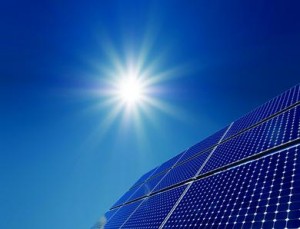 The Spanish solar market has gone through a dramatic change in the past six months. In 2008, enticing feed-in tariffs, abundant amounts of unused land, and most importantly sunshine, made Spain the most popular solar destination in the world. Solar PV (photovoltaic) plants were being constructed at such a phenomenal rate that the country had met three-quarters of its 2010 renewables energy target by last September.

Despite the success of the sector, the Spanish Government believed the growth rate of the market was unsustainable and that it would eventually overheat (pun intended). This led to the controversial reduction of the feed-in tariff by 35%, effectively grinding solar PV building to an unexpected halt. What has been left after this dramatic shift is a wave of solar plants that have been brought into the market – driving prices down – making it the perfect environment for private equity acquisitions.

Alexandre Labouret, partner at Platina Partners, has spent much of 2009 looking at the Spanish solar sector and believes that acquiring ready-made solar projects is the best option. “There is a backlog of Spanish companies coming to the market so rather than freezing money into construction, you can acquire something that has already been built. The prices have come down so it makes sense,” he says.

For private equity firms that are looking at solar, it must be noted that debt is largely unavailable for firms that are not considered relationship clients. “The existing banking market is still tough,” says Jens Thomassen, associate director of UK mid-market private equity house HgCapital. “Banks are only lending to relationship clients but we did manage to raise debt recently which we were really proud of,” he adds. For many that have been heavily involved in the Spanish solar sector in the boom times, they are still focusing on the area but instead of funding building projects, they are now acquiring plants that the old feed-in tariff applies to.

UK-based private equity firms have been the most eager to take advantage of the new buyers market and have been clambering to buy up solar PV plants since the beginning of 2009. Platina recently took over production of three solar projects, which involved a €134m investment in the project, and UK alternative assets investor Foresight Group jumped on the sunshine bandwagon and acquired a 9MWp Spanish solar PV plant from Banco Santander for an undisclosed sum.

HgCapital has acquired five solar PV plants in the region which began with the acquisition of three of AIG’s plants. All projects were bought for €300m and qualified for the Spanish PV tariff between May and July 2008.

“There is little difference in terms of the cost of building and acquiring a solar plant in Spain but acquiring a ready-made solar plant that already has financing in place is definitely easier,” says Thomassen.

Although the solar market in Spain is receiving a lot of interest from the private equity industry there is a worry that without incentive to build, the acquisition market will eventually dry up and Spain will no longer be the destination of choice for solar.

“At the moment it’s cheaper to build in Italy than to buy in Spain. There has been a massive slowdown in solar building. Right now there is only 10% to15% of the volume that was being built in 2008,” says Peter Rossbach, head of private equity at Impax.

“The tariff has dropped by more than 30% so in order to make a deal worthwhile the price will have to fall 30%. This is a buyers’ market, not a sellers’ market,” says Labouret.

And despite the fact that debt is hard to come, there are still private equity players who believe that building will take place in Spain but just on a much smaller scale. “There is a new feed-in tariff in Spain and building costs have come down so it is quite feasible to build in Spain,” says Thomassen.

As solar power stocks globally have fallen on recent Spanish plans to cut back to 300MW, it seems inevitable that investors who are dedicated to the renewables market will seek out cheaper projects with government incentives.

In the long term, rumblings regarding development of the US solar industry are drawing some attention but for now Italy looks like the next stop-off for solar investors. Jamie Richards, partner at Foresight, says: “Italy now has a feed-in tariff that is very attractive. In the next year or two, the country focus will change and eventually investors will move there.”