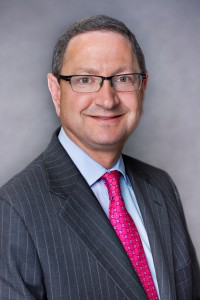 While private equity executives said they’ve fielded calls from LPs concerned about the sharp decline in energy prices in recent weeks, Ken Hersh, co-founder and CEO of NGP Energy Capital Management, sees little reason to change plans to invest about $1 billion a year for the upstream energy industry’s roughly $200 billion annual capital demand, some of which isn’t being met.

“The private equity industry is filling part of that funding gap and that funding gap is growing over time, not shrinking – that’s the capital opportunity,” said Hersh, co-founder and CEO of the Irving, Texas-based firm. “It’s an exciting time, but not without its challenges. It’s a sustainable investment area. I’d say we’re in the fourth inning but I don’t know if this is a double header or a four-game series.”

The thesis supporting fresh capital for North American oil and gas production remains popular among LPs and GPs. All told, energy and natural resource funds have drawn about $20 billion in commitments thus far in 2014, according to fundraising totals compiled by Buyouts. About 13 percent of all the money raised by buyout funds so far in 2014 has gone toward energy, up from less than 10 percent for all of 2013.

Meanwhile, marquee private equity firms Blackstone Group, Carlyle Group (a 47.5 percent owner of NGP’s fee revenue and its carry in future funds), Kohlberg Kravis Roberts & Co and Apollo Global Management have drawn enough support from LPs in the past couple of years to expand their energy investing beyond their flagship funds into sector-focused funds, which have raised billions.

“The reason why a lot of money gets invested in energy in private equity is because the returns outpace other sectors or strategies,” said Andrea Kramer, a managing director at Hamilton Lane. “If I get a 2x return and a 20 percent IRR that’s the focus if I invest in private equity. Energy has outperformed that both on the multiple and an IRR basis.”

Against a surge in capital, oil prices have been falling of late, feeding jitters from LPs about the possibility of thinner profit margins from more costly energy fields held in their portfolios. (See related story on LPs.) Private equity pros said swings in commodity prices have been a part of the business since its early days and maintain they’ll still be able to put capital to work over the next few years.

“I remind people why they invested with us and that we have exposure to commodity prices but we’re not reliant on rising commodity prices,” Hersh said. “If prices come down or if they go up, our job is not to get too excited and to stay steady. We firmly believe that the cure for high prices is high prices and the cure for low prices is low prices. There’s a supply-and-a-demand response. Until somebody repeals the laws of supply and demand, we’re sticking to this (as an industry).”

By design, energy-focused private equity funds don’t carry direct exposure to daily swings in oil prices – plenty of hedge funds or other avenues provide that kind of access to commodity markets. But over time, drops in crude oil prices may erode net asset values of proven reserves, which in turn may impact the ability for some outfits to borrow money to maintain their production. Private valuations are also tied to public equities of oil and gas companies, which have dropped in late 2014.

If prices remain low, they may change the longer-term investment thesis in energy. At press time, West Texas Intermediate crude, the benchmark for most of North American production, traded at about $75 a barrel. On a global basis, oil prices have dropped about 30 percent since June, and the International Energy Agency said in its monthly update that Brent crude prices could fall further in 2015 because of abundant supply and sluggish demand growth.

Deal makers in the energy space are keeping close watch.

“If investors were confident oil would be $80 forever, the number of rigs in that environment wouldn’t change dramatically,” said Chris Manning, partner at Trilantic Capital. “If oil goes to $70, you’ll see 10 to 15 percent in (drilling rig) count reductions. At $60 oil, you’d see a really dramatic change in rig count. If I had to guess, about half of projects wouldn’t be economical.” But he added any severe dips in oil prices, such as the steep drop during the 2008-2009 financial crisis, wouldn’t last, partly because the economy is healthier than it was five years ago.

On the back of the boom in North American production, deal-making has been robust. Riverstone’s $5.3 billion acquisition of Apache shelf assets ranks as the largest oil-focused buyout since 2013, followed by Apollo’s $1.9 billion acquisition of EnCana Corp’s Bighorn assets and TPG’s $1.8 billion purchase of Encana’s Jonah natural gas unit.

Among the more prolific deal makers since the start of 2013, Highstar Capital, an energy and utility investor acquired by Oaktree Capital Management, sponsored 11 deals. Over the same time period, EnCap closed nine deals and First Reserve did eight deals.

Meanwhile plenty of assets could be ripe for sale. About 30 portfolio companies acquired in 2010 and 2011 by U.S. sponsors could be under consideration for potential exits, according to a survey of GP holdings by Buyouts. (See table.) Alinda Capital Partners and First Reserve Corp each hold four companies bought during that time, while Energy Capital Partners, KKR & Co and Oaktree Capital each hold two.

Tim Day, managing director and co-head of buyout funds for First Reserve, said deal makers may hold off on selling or buying over the next few months as oil prices reset.

“Any time you have a downturn in the market, you’ll have a disconnect from sellers who are nervous and buyers who want a better deal,” he said. “Deals will slow down (but) … it’s not a global meltdown.”

“It’s one of those markets where it’s really important that you have an investment manager who knows what they’re doing,” Day said. “If you just chuck money at it you’ll get crushed whether you’re selling or buying.”

“You have to be really disciplined and stick to your investment strategies and don’t change your philosophy,” he said. “If you’re having a hard time putting capital to work, just don’t invest it.”

Evan Corley, a principal with Pantheon Ventures, expects to see energy investing focus more on resource extraction and delivery in existing fields, rather than bidding for raw acreage, as seen in the past five-plus years. Another investment theme centers around international opportunities, since most sponsors remain focused on the United States.

For his part, Hersh said NGP continues to build up assets with its operating partners. “You do the best you can and you work to have your winners outnumber your losers,” he said. “You try not to overpay and believe that operating ability – how you run your business – matters most.”