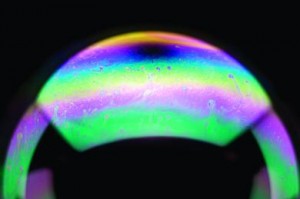 Notable deals this quarter in the cleantech space include the raising of €40m by and ’s €20m funding round. The increase in cleantech investment in Europe reflects the continued worldwide attention the sector is receiving. But some investors are sceptical, warning the cleantech bubble may soon burst.

By region, France has recovered strongly from the low level of investment it saw in Q2. From only €90m invested in Q2, investment in the country has grown to €272m in Q3, fuelled by funding rounds by high profile companies such as Dailymotion and DiBcom.

In terms of investors, was the largest institutional investor in Q3 by syndicated deal amount, investing over €160m in the quarter. In terms of the number of deals, the High-Tech Gründerfonds maintains it position from Q2 as the most active investor, completing a total of 14 deals in the quarter.

Notable exits in the European venture capital market in Q3 include MIPS Technologies’ €107m acquisition of Chipidea Microelectronica, an analog/mixed-signal merchant technology supplier targeting fast-growing market segments, and Intel’s €80m purchase of Havok.com, a provider of interactive software and services for digital media creators in the games and movie industries.

John Owen, CEO of Library House, said: “In line with the global trend, cleantech is clearly gaining momentum in European venture capital, with more investment being directed that way. The boom in political, consumer and corporate interest in the sector has spurred a strong innovation pipeline. As the market continues to grow we will see the emergence of some truly exciting technologies.”