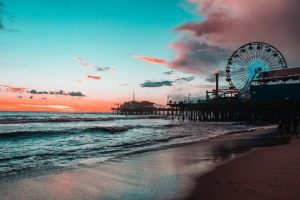 Clearlake Capital Group, in a bid to hold certain assets longer than allowed under traditional private equity fund limits, has created a series of vehicles for longer holds over individual assets out of older funds.

Clearlake’s innovation comes as GPs seek ways to achieve longer holds on businesses where they see more room for growth. Across the industry, ownership structures are being tweaked or circumvented as many owners find more value in extending holds on businesses they already know, rather than diving into new ventures at valuations that have remained persistently high.

“This is a great way to make sure you’re supporting businesses over time where you’ve created value,” said a GP who has worked on single-asset products. “This could develop as a product and an asset class, a hybrid primary and secondary GP product. You’ll see more of this.”

Clearlake, led by José Feliciano and Behdad Eghbali, launched three special purpose vehicles that each hold one asset: software businesses Ivanti and Precisely and Wheel Pros, which makes aftermarket vehicle enhancements for light trucks, SUVs, passenger cars and ATVs. Clearlake is calling the three SPVs its Icon series of funds, with the title pointing to the firm’s belief that the assets are deserving of more time and attention.

The plan here is simple: Clearlake sees a path for further growth for the three assets, but they are held in funds that are running out of time, and also have little-to-no capital remaining to allow for further add-ons. So the companies are bought out of the older funds and housed in their own specially created vehicles, with fresh fee streams and potential for carried interest.

The Icon funds become “acquisition platforms” for the companies to continue growing, according to a person with knowledge of the firm. “[Clearlake] saw the success of Ivanti and Icon I, and they’re trying to find ways to replicate that as part of an ongoing business,” said a secondaries buyer.

Limited partners in the older funds get the option to cash out of their interests in the single assets, or reinvest into the newly created single-asset funds. The SPVs have reset terms – usually up to five years or more.

New investors are brought in to fund the deal, as well as to provide fresh capital for more acquisition activity. Investor consortiums have formed around the first three Icon processes.

Invanti, for example, was led by Intermediate Capital Group, Goldman Sachs and Landmark Partners, along with a broad investor group that included Blackstone Group and AlpInvest Partners. The total value of the Ivanti deal was $1.25 billion, with several hundred million dollars in reserve for future add-ons. Ivanti’s continuation fund has a five-year term with two one-year extensions. The valuation for the Ivanti deal was set even before the secondary when TA Associates acquired a minority stake in the company.

The Ivanti single-asset vehicle, called Icon Software Partners, closed last year, and since then, the company’s EBITDA grew to around $445 million from around $190 million, Buyouts previously reported. After the process closed, Ivanti added on MobileIron, Inc, Pulse Secure and Cherwell Software. In March, Charlesbank Capital announced it acquired a minority stake in Ivanti.

Clearlake acquired Wheel Pros in 2018. Lead investors in Icon Partners III, which will hold Wheel Pros, include ICG, Blackstone Group’s secondary platform, Pantheon, Portfolio Advisors and Whitehorse Liquidity Partners, as well as existing investors who re-committed to the company. Wheel Pros management team and Clearlake also are making a significant investment into the deal, the company announced in a recent statement.

Evercore and Credit Suisse worked as secondaries advisers on each of the three Icon deals. Evercore for the past year has led the way in secondaries advisory work, pushing through deals when activity had mostly dried up last summer in the pandemic lockdown.

The industry is quickly innovating ways for GPs to hold assets longer, but the creativity seems to be happening on the fly, rather than in a streamlined manner. “The industry is clearly trying to figure out a way to sort of standardize this because it’s basically being handled one-off,” said a limited partner.

“Clearly if the business is still good and you want to keep owning it, it makes sense to,” the LP said. “The long-dated funds are not the solution, they’re just simply a lower cost of capital.”

Clearlake appears to be one of the only firms to create a series of single-asset funds to achieve longer holds over certain aspects.