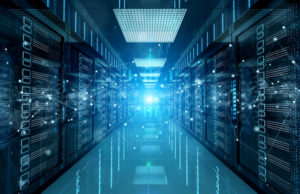 Clearlake Capital completed its fifth single-asset deal, successfully moving portfolio company Symplr out of an older fund and into a continuation pool for more time and capital to grow the company, sources told Buyouts.

The deal is one of numerous single-asset processes to close around the end of the year that helped drive secondaries activity to what are expected to be record levels in 2021. Symplr is the fifth single-asset fund Clearlake raised in what it is calling its Icon series of funds.

Goldman Sachs, Landmark Partners and Partners Group led the deal, which totaled about $1.6 billion, sources said. Clearlake moved Symplr, which provides healthcare-specific governance, risk and compliance software, out of its fifth fund, which closed on more than $3.8 billion in 2018.

Evercore and Credit Suisse worked as joint advisers on the secondaries process.

The deal came after Charlesbank Capital made a minority investment in Symplr in July in a transaction that valued the company in the range of $3.3 billion to $3.5 billion. The minority deal helped set the valuation at which LPs could cash out in the secondary, one of the sources said. Clearlake has used this structure in past single-asset deals, which is considered a market valuation with a third-party GP setting the mark.

Outside of a minority deal, GPs in single-asset processes will hire third-party valuation firms to determine fair value.

Symplr was generating around $190 million of EBITDA, up from $30 million when Clearlake acquired the company in 2018, a source told Buyouts in September.

Clearlake’s October 2018 deal for the business, which brought in SkyKnight Capital as a minority investor, was valued at about $550 million, PE Hub wrote at the time.

Limited partners in Fund V had the option to cash out of their interests in Symplr at a more than 6x return, one of the sources said. They could also reinvest in the continuation fund for more time with the asset.

Icon V’s total value includes a portion of capital for future add-ons. In fact, Clearlake announced Tuesday it agreed to add-on Midas Health Analytics Solutions to Symplr in a deal expected to close in the first quarter. The add-on was made possible by fresh capital from the single-asset deal, a source told Buyouts.

The Symplr deal is Clearlake’s fifth single-asset process for what it calls its Icon funds. Clearlake’s first Icon deal was for its SaaS business Ivanti last year. That process, which totaled around $1.25 billion, was led by Goldman, Intermediate Capital Group and Landmark.

Icon II was for portfolio company Precisely, Icon III was for Wheel Pros, an aftermarket automotive components, and Icon IV was for Internet certification and security services company DigiCert.

The Icon funds are “acquisition platforms” for the companies to continue growing, Buyouts previously reported. “[Clearlake] saw the success of Ivanti and Icon I, and they’re trying to find ways to replicate that as part of an ongoing business,” a secondaries buyer told Buyouts in a previous interview.

GP-led secondaries deals represented about 60 percent of the approximately $48 billion in total deal activity in the first half of 2021, according to the first-half secondaries volume report from Jefferies. Single-asset deals accounted for about 45 percent of GP-led volume in that time period, Jefferies said in the report.