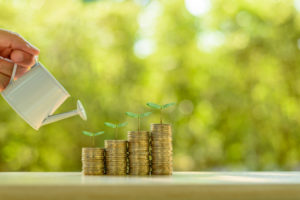 Clearlake Capital‘s seventh fund, which hit the market this summer, is expected to raise more than its $10 billion target, according to a person with knowledge of the firm.

Fund VII does not yet have a cap, the person said. It’s not clear how much the pool has raised so far. It could go above the target by anywhere between $2 billion to $3 billion, as it is already oversubscribed.

Clearlake is among several established firms raising flagship pools in the ultra-competitive private equity fundraising market. Many like Clearlake are experiencing oversubscription as LPs scramble to back known managers with strong track records

As of the end of June, 401 buyout, growth and other PE funds raised about $297 billion, up 67 percent from the year prior, according to Buyouts data. PE firms raised more capital in H1 2021 than in any other first-half period since the financial crisis.

The firm, led by Jose E. Feliciano and Behdad Eghbali, closed Fund VI last April on more than $7 billion, $2 billion above its initial $5 billion target. It closed its fifth fund on $3.6 billion in 2017.

According to the IMRF private equity presentation on Aug. 26, Clearlake has generated a combined internal rate of return of 33.7 percent and a total value to paid-in of 2.3 times, as of March 31.

Clearlake, based in Santa Monica, California, was founded in 2006. It targets the technology, industrials and consumer sectors and has approximately $43 billion of assets under management, while its senior investment principals have led or co-led over 300 investments.