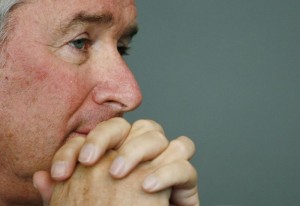 Roughly eight years ago, club deals signaled the peak of pre-crisis buyouts, led by the blockbuster $45 billion TXU LBO that marshalled capital from TPG Capital, Kohlberg Kravis Roberts & Co and GS Capital Partners, the private equity arm of Goldman Sachs. But the heavy amount of leverage led to a bankruptcy at TXU’s successor, Energy Future Holdings, and several other companies from the 2006-2008 period. A lawsuit over allegations of price collusion in club deals dragged on for years before a group of the largest firms agreed to pay a combined $591 million in settlements last year.

Nowadays, a different type of club deal is emerging as limited partners, sometimes with beefed up direct investing staff, wade into the buyouts market with extra capital. Some invest via co-investment vehicles and others receive equal billing on big takeovers such as PetSmart’s $8.7 billion buyout by BC Partners – with pension fund Caisse de dépôt et placement du Québec, separate accounts manager StepStone, and investment manager Longview Asset Management chipping in as buyers.

At Blackstone, COO Tony James said during a recent media call that deals with LPs are not unlike the club deals of yesteryear. Instead of hitting up Henry Kravis at KKR or David Rubenstein at The Carlyle Group to help write the check, Blackstone and others turn to their largest LPs.

“We’re doing it with big LPs that have been set up to process deals,” James said on the July 16 call. “It’s not a different deal modality from [a few] years ago.”

Blackstone CEO Steve Schwarzman said on an analyst call later in the day that the direct and co-investing trend has been led by the Canadian pension funds such as Caisse de dépôt and Canada Pension Plan Investment Board, but there are other international institutions also involved from Asia and the Middle East. Some big LPs active in deal-making from those regions include Abu Dhabi Investment Authority, Kuwait Investment Authority and the Government of Singapore Investment Corp. A Blackstone spokesman declined to confirm any of these names as Blackstone LPs.

“What they do is they give capital to funds, most particularly our funds, and then in return they expect us to offer them some co-investment opportunities where their deal team will jump on and look at it,” Schwarzman said. “That has been a very symbiotic relationship frankly and in fact their goal for more direct investing has really encouraged them to concentrate more resources with the biggest players like us, and so I think we are actually net benefiting from that.”

The firm said it’s seeing a greater number of LPs overall, with 81 investors contributing $100 million or more for Blackstone Capital Partners VII, which is expected to hit its $17.5 billion hard cap with more dollar demand than available. Blackstone Real Estate Partners VIII has drawn in more than $15 billion in commitments.

It’s not unusual for the firm to offer co-investment opportunities in its major deals, partly as a way to avoid putting too much money from one fund in a specific deal. Among Blackstone’s larger acquisitions of late, it set plans to pay $3.3 billion for assets in GE Capital’s real estate portfolio.

Schwarzman said only Blackstone’s biggest LPs are set up to do their own deals, and the largest U.S. pension funds – such as the California Public Employees’ Retirement System – aren’t moving in that direction.