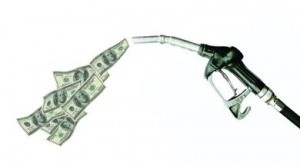 The FTC ruled that because the two firms already held a 50% stake in a rival energy company, Magellan Midstream, they were in breach of Section 7 of the Clayton Act and Section 5 of the FTC Act, meaning that the acquisition of Kinder Morgan would lead to a reduction in competition in eleven markets in the south-eastern states of the US.

The FTC stated it would only allow the funds to acquire if representation on the board of Magellan was removed, if control over the company was ceded to the other investor, Madison Dearborn Partners, and if it did not influence or attempt to influence the management or operation of Magellan. The FTC order also required and to set-up up safeguards against the sharing of sensitive information about both companies’ activities.

Jeffrey Schmidt, director of the Commission’s Bureau of Competition, said: “This is an example of the Commission acting to ensure that mergers and acquisitions involving energy firms will not lead to higher gasoline prices for consumers. Just as important, this order demonstrates the Commission’s resolve to act against acquisitions of partial interests in competing firms in situations where competition would likely be diminished.”

As a result, private equity firms should now be prepared for such rulings in future. Private equity now accounts for a significant slice of the economy, and along with its substantial contribution to M&A activity (27% in the US), such rulings are expected to become more commonplace. The FTC hasn’t weighed in before because of the diverse nature of private equity holdings; it hasn’t had to worry about issues of an antitrust nature before. Such a position is no longer viable when so private equity has its fingers in so many pies.

It seems as if in this instance Carlyle and Riverstone were taken by surprise by the FTC’s move, but it’s unlikely any firm will be again. In Europe such rulings are highly unusual, although not without precedent. In July 2000 the European Commission cleared Industri Kapital’s acquisition of Norwegian chemicals and explosives company Dyno on the condition that the firm sold a formaldehyde and resin plant of Dyno in Finland in order to address competition concerns arising from IK’s holding in Neste Chemicals, a Finnish-based chemicals company. Industri Kapital was also ordered to either sell Dyno’s shares in plastic packaging group Polimoon or sell its shares in Arca, an investee company based in Sweden active in plastic materials handling systems.

The European Commission also considered ordering a divesture following Blackstone’s purchase of Canadian chemicals company Acetex in 2005. Blackstone already owned Celanese, then headquartered in Germany. The concerns surround the horizontal overlaps in the markets of acetic acid, vinyl acetate monomer (VAM) and acetic anhydride, but following an in-depth analysis, the Commission decided there was no threat to competition from the acquisition.

A more recent case came to an end last year when acquired , the Spanish sports business that owns the promotional rights for MotoGP, from for around €400m.CVC acquired a 71% interest in the company in 1998 for around €115m but was forced by the European Commission to sell its shareholding after it bought SLEC, the owner of the Formula One Group, for €863m in March last year. By selling Dorna, the Commission concluded that CVC’s Formula One transaction would not cause competition concerns. Neelie Kroes, competition commissioner, said: “When the two most popular motor sport events in the EU, Formula One and Moto GP, come into the hands of one owner, there is a risk of price increases for the TV rights to these events and a reduction in consumer choice.”

The consensus of opinion among lawyers is that PE should prepare itself to be investigated more often, although actually being forced to sell stakes in companies is expected to be rare. More likely is that the regulatory body, be it the FTC or the European Commission, will require the cessation of control over one of the competitive businesses, as well as ensuring sensitive information has no way of passing between the competing organisations.

Whether private equity firms will be happy owning stakes in companies they have no control over is a question for the future. Passive stakes are not really what private equity is about; it’s about buying an underperforming company and implementing operational, strategic and/or financial changes, which can’t be done without control.