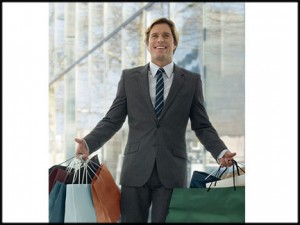 But with economic expansion running at a 2.4 percent annual rate in the United States, buyout pros face a big challenge in picking companies that can win in the sluggish recovery. While the consumer sector remains mixed with fewer deals last year than 2012, buyout shops have found ways to tap into pockets of strength.

Blackstone Group and Ares Management have been taking aim at the thriving luxury side of the market; mid-market firms like Yellow Wood and TSG Consumer Partners LLC tout the robust, low end for gaining traction in the space—with the right product. And Huron Capital Partners and others are expanding their portfolio company revenue by improving product distribution.

Also in the hunt: a battery of cash-flush corporations including Church & Dwight, Reckitt Benckiser, Procter & Gamble, Helen of Troy and others.

These and other players find themselves competing on a relatively active dealscape. Nowadays, good businesses with real growth opportunities and a track record command purchase price multiples of around 10x EBITDA, according to industry observers. Out of some 1,140 sponsored M&A transactions in 12 macro industry categories since 2012, consumer-facing businesses in the retail, consumer products and consumer staples categories comprised a combined 20.3 percent, or more than $36 billion. (See accompanying chart.)

All told, sponsors have acquired 141 companies in the consumer products and services category from January 1, 2012, to February 10, according to T-1 Banker. Most of those transactions took place in 2012, with 76 deals. The pace slowed somewhat in 2013, with 62 deals, and there have been only three so far in 2014. Among those, the $2 billion deal by Goldman Sachs to sell security, home automation and technology services provider Vivent to Blackstone Group ranks as the richest. The $1.6 billion sale of Leonard Green portfolio firm Brickman Group, a professional landscaping company, holds the No. 2 slot.

For LPs, it’s too big a sector to miss, as they track these and other firms in the space including VMG Group, Freeman Spogli & Co, Castanea Partners, Leonard Green & Partners and Catterton Partners. (See accompanying chart for deals by these shops.)

David Fann, president and CEO of adviser TorreyCove Capital Partners, said the consumer business remains on the table for institutional investors. “The economy is coming back, fourth-quarter GDP was relatively strong, unemployment rates are coming down and consumers are spending money again,” Fann said. “Relative to where we were three or four years ago, this is a much healthier environment. But it’s still really mixed. There are some retail concepts that are really struggling. The best firms seem to have a secret sauce including an emphasis on brand, but also concept sustainability.”

Indeed, the consumer sector may continue to draw a big chunk of fresh LP capital for deal-making, given the $179 billion raised in total by U.S. buyout and mezzanine firms in 2013, and another $21.3 billion in commitments so far in 2014, as of February 24. Buyout firms took in about $29 billion more in LP commitments than they spent on acquisitions last year. That may amount to more dry powder for deals overall, including the consumer products and services space.

Summing up the landscape for consumer products and services, one investment banker active with sponsors sees robust possibilities ahead.

“Our pipeline across consumer, food and retail is stronger this year, partly driven by a steadily improving deal environment since 2008/2009 as a result of a stronger economy, as well as increased appetite from the large global strategics to participate in attractive consumer trends,” said William Hood, managing director at Houlihan Lokey. “We believe that strategic appetite from global corporates is at its highest point since 2008-2009 and that obviously plays a role in driving  the M&A market.”

Hood singled out vitamin, minerals and supplements as one favorite deal-type for sponsors, while householder cleaners remains flat. (See accompanying charts.) The vitamin, minerals and supplements category now totals $35 billion in sales and is growing at about 5 percent to 7 percent per year, by some industry estimates. And a business with a strong brand and national distribution in the food, drug and mass merchandise channel will most likely get snatched up by a strategic buyer if its revenue totals more than $50 million. But there are other ways for sponsors to take part.

Some GPs noted that the robust public equities market, which remains in record territory in early 2014, indicates strength in the luxury consumer market.

TPG’s $6 billion sale of upscale department store owner Neiman Marcus Inc last fall to Ares Management LLC and the Canada Pension Plan Investment Board gave a boost to the firm’s effort to raise about $2 billion for a bridge fund leading up to its next flagship fund, TPG Partners VII.

And Ares Management seems to be getting rewarded thus far. In its latest three months period ended February 1, Neiman Marcus’s same-store sales rose 5.5 percent, roughly doubling the growth rate of the overall U.S. economy, while adjusted EBITDA increased by about 6.8 percent to $190.5 million, over the year-ago period.

Playing to the strength in upscale brands, Blackstone Group is paying $287 million to buy a 20 percent stake in high-end fashion house Versace.

It’s part of an uptick in luxury M&A benefiting from cash-rich Asian and the Middle East buyers, who have stoked interest in the space.

Meantime, TSG appears to be gaining traction in the lower end of the consumer market with its portfolio firm Planet Fitness. Offering gym memberships as low as $10 a month, Planet Fitness delivers “an incredible value to their customers and they’re taking share in the health club space,” said Jamie O’Hara, president of TSG. Meanwhile, separately-owned upscale fitness provider Equinox continues to thrive.

Playing to this same theme, Yellow Wood Partners, the Boston-based buyout firm co-founded in 2009 by a veteran of J.W. Childs, Dana Schmaltz, reports success in the lower-end perfume market.

Yellow Wood’s Schmaltz agrees the consumer segments remains split into a high and and low end.

“People are willing to pay up for luxury they appreciate, but they’re not willing to pay for a middling brand—they’d rather go to an opening price point or a private-label product, if they see the quality is similar to a branded  product,” he said. “On the high end, you’ve got people acting like it’s the 1980s, where they want to show luxury with a fashion item.”

Yellow Wood is selling 8 ounces of body spray at Walmart for $6 from its Parfums de Coeur Ltd platform, which has grown its EBITDA significantly over the past 18 months since its acquisition in 2012. “In perfumes, we’re targeting people in their high teens to their low 20s,” Schmaltz said. “We’re an opening price-point product.”

Just this past month, Yellow Wood Partners acquired Advanced Beauty’s Dr. Teal’s Therapeutic Solutions unit, a bath salts maker growing at 30 percent a year. It’s an add-on deal for its Parfums de Coeur platform that’s aimed at providing a less expensive way for consumers to get a spa treatment at home. Yellow Wood announced in 2012 it raised $225 million for its current buyout fund, with no word since then on whether the firm plans to hit the trail for Fund II.

With five of its 13 platforms in the consumer space, Detroit-based middle-market firm Huron Capital has managed to grow revenue in its product group by more than 8 percent in 2013, outpacing the overall economy, partly through distribution boosts.

“The consumer sector is large and you’d be silly to ignore it,” said Christopher Sheeren, partner at Huron Capital. “Moderately priced consumer goods are always going to sell in good times and bad. That’s attractive to us.”

Huron Capital achieves growth by selecting companies with expansion and distribution potential like Ronnoco Coffee in the Midwest or Victoria Fine Foods in Brooklyn—two of the firm’s portfolio companies now expanding regionally.

The firm takes a broad approach in looking for new deals, reaching out to intermediaries, fundless sponsors, and directly to business owners.The firm, which launched the $500 million in Huron Fund IV in 2013, is now sifting for fresh deals.

Other GPs agreed that hitching a product to an up-and-coming retailer provides a lift.

“If you have a good product and get into Amazon.com, you’ll share some of that growth,” Yellow Wood’s Schmaltz said.

Dollar stores are also expanding at mid-single digit rates, followed by drug stores and mass retailers. One of the biggest retailers, Costco Wholesale Corp, continues to increase its business faster than others.

“It is a lot easier to get a retailer to add your product to their shelves when you have established a track record of delivering successful products,” AlpInvest’s Herchel said. “One can scale and generate outsized returns by leveraging  these relationships.”

TSG, for one, expects to put $250 million to $500 million to work in any 12-month period, including 2014, cutting equity checks between $50 million to $150 million, and even larger ones with backing from co-investors.

“I think that there still is a vibrant consumer out there for products and services that are truly differentiated and provide meaningful levels of features and benefits versus what else is out there,” TSG’s O’Hara said. “ You have to be in the right place from an investment standpoint because the tide is rising at a very slow rate.”

(This story has been updated to include the full name of TSG Consumer Partners LLC on first reference and to shorten the firm’s name to TSG on later references.)