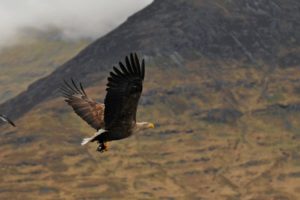 Corsair Capital is considering a process for its portfolio company First Eagle that would extend its hold and provide more capital to continue growing the asset management business, sources told Buyouts.

The deal would be one of numerous single-asset processes that have hit the market this year. Single-asset secondaries have become a material part of the market, helping drive GP-led secondaries to represent the largest slice of overall transaction volume.

Corsair was approached with the opportunity, one of the sources said. Nothing has been finalized on a potential First Eagle process, and any single-asset deal would be months away, according to a person with knowledge of the situation. The firm could wind up not moving forward with a secondaries process for the asset, several sources said.

The firm is talking to Lazard about a potential process for First Eagle, sources said. Corsair invested in First Eagle through its fourth fund, a 2009 vintage that closed on $863 million around 2012 or 2013. Its fifth fund closed on $1 billion last year.

Generally, single-asset processes allow limited partners in the older fund that holds the asset to either cash out of their interests in the company, or re-invest in the continuation fund that will hold the asset. New investors, usually secondaries firms, but sometimes LPs or other non-traditional buyers, contribute capital to the continuation fund.

Corsair acquired First Eagle alongside Blackstone Group in 2015 in a roughly $4 billion deal. The firms acquired the company from TA Associates at the time. Blackstone would not participate in the secondaries process, one of the sources said. A Blackstone spokesperson did not respond to a comment request.

First Eagle would be one on a list of portfolio companies moving through single-asset processes. Platinum Equity has been considering running a secondary for its Fund IV invested United Site Services, which provides portable restrooms, temporary fencing and related site services. Platinum invested in United Site Services in 2017, which would make it earlier in the firm’s hold period than most secondaries.

Platinum was considering several options for United Site Services, including a traditional M&A process or a take-public deal via an IPO or SPAC, a source told Buyouts at the time.

Secondaries volume in the first half was estimated at around $50 billion, according to Campbell Lutyen’s half-year volume report. GP-led deals, like what Platinum is considering, accounted for around 55 percent of total volume, the report said.