Buyouts
Home News and Analysis Firms & Funds Could teen websites be, like, any hotter, dude?
Return to search
Firms & Funds 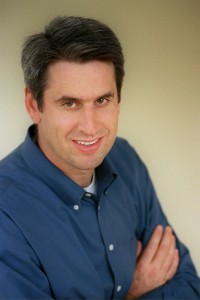 When Sequoia Capital and Index Ventures bet $10 million on a site that invites children to dress up virtual celebrities and a dozen more top firms begin to spend wildly on avatars, you have to wonder if the venture industry hasn’t gone completely bananas.

The teen space is so hot that its bringing back some of the swagger that VCs haven’t seen from entrepreneurs since 1999. A New York VC tells VCJ: “A couple of months ago, we met with a very early stage [teen-focused Web] startup that came to our offices, and I felt really good about the meeting. A few weeks later, when [one of the firm’s GPs] phoned the CEO to follow up, he was basically told us that if we wanted to talk with the company again, we’d have to meet at their offices.” The partner not so politely declined the invitation.

Still, it’s understandably why VCs want to jump on the teen bandwagon. Roughly 21 million U.S. teenagers spend between one and three hours online every day and many of them shop while they are there. According to a national survey or 2,000 teens by the Chicago-based firm Teen Research Unlimited (TRU), 42% of teens have shopped online. The percentage of older teens—ages 17-19—that makes online purchases is even higher, at 57 percent. Both young and old teens have substantial spending power, too. The amount of the last online purchase by older teens averaged $79, while the last purchase of teens from 12-15 was around $48.

It’s very tough to predict [what will be successful with teens]. You kind of just want to have your ear really close to the ground and have confidence in extrapolating from early data points.”

But there are also plenty of reasons to be shopping elsewhere. VCs enamored with the teen demographic have been glossing over some conspicuous data points. Consider, for example, that the average time teens spend online has remained relatively fixed since 2002, according to Jupiter Research. The teen market also falls far short of many other demographic niches, including the 37 million Americans online between the ages of 50 and 64, and the 32 million American moms on the Web, according to eMarketer.

Jupiter also has found that teens are spending less time engaged in some online activities, like emailing, instant messaging and hanging out in chat rooms. It isn’t clear if young people are growing bored with electronic socializing or just bored with existing ways of doing it. But as Sterling points out: “Teenagers are much more in touch and concerned with novelty than are adults, whose attention is more diffused owing to their families and jobs. Teens are always flocking to that cool, hip thing. Yet that herd mentality makes them unreliable [from an investment standpoint]. Something is hot, then it’s not.”

One particularly thorny problem is figuring out how to make online ads more compelling to give teen-focused startups the revenue they need to survive. Sterling says his research shows that “teens aren’t interested in ads that are not targeted to them. Broad brush stuff doesn’t work.” Respondents to TRU’s national survey say that TV ads pack more punch than Internet advertisements, and that they’d recommend companies reach out to them first through TV, then online and then through other traditional forms of media. “What we do know is that teens like humorous advertising, and that they tend to like animals,” says TRU Trends Director Rob Callendar. “The Geico Insurance gecko is very popular, as are the Budweiser frogs.”

A more pressing concern for VCs than advertising should be that no one really knows why some teen startups hit it big while others languish. MySpace’s success is fairly accidental. It started as a social networking site for devotees of independent rock music in Los Angeles. It was never premised on a brilliant idea or even an innovative one. The same could be said of Bolt, whose sudden popularity is mystifying even to its founder and CEO Aaron Cohen, who is currently talking with VCs and private equity firms about a sizable round of funding. “The truth, ultimately, is that no one really knows what makes [teen sites] take off,” he says.

Teens are always flocking to that cool, hip thing. Yet that herd mentality makes them unreliable [from an investment standpoint]. Something is hot, then it’s not.”

Even Gurley admits that how a firm decides what to back entails a lot of finger crossing. “It’s very tough to predict,” he says. “It’s hard to have priority perception about how these things will take off. Look at ring tones: No one knew they’d make so much money. You kind of just want to have your ear really close to the ground and have confidence in extrapolating from early data points.”

Gurley says Benchmark tries to minimize its risks by focusing on traction. “So much of what you’re seeing again is two people and a PowerPoint. The stuff we’ve done with Habbo and WeeWorld and Gaia—they already had a significant amount of traction. We didn’t presume to have this great vision about where this stuff is going. Instead, a lot of them are network-effect type businesses, so the more people you have, the more valuable to the marginal user.”

But even following the network-effect strategy isn’t a sure thing. Look at Friendster. It raised more than $15 million from Benchmark, Battery Ventures and Kleiner Perkins Caufield & Byers at a time when it had the lead in the market. Then it was overtaken by “hipper” brands, like MySpace.

Because finding the next teen sensation is such an imperfect science, some VCs are trying to figure it out by appealing directly to teens for help, including their own. Andreas Stavropoulos, a managing director at Draper Fisher Jurvetson, says that although his children are too young to be surfing the social networking sites, he has seen his peers look to their own children for feedback, including when it came time to fund Doppelganger, which makes an instant messaging platform that uses personalized avatars.

Benchmark also has turned to its partners’ kids. According to Gurley, the daughter of Barry Maloney, a partner in Benchmark Europe, played a key role in the firm’s involvement with Bebo, a San Francisco-based social networking site that launched in July 2005. (Benchmark Europe invested $15.4 million in Bebo earlier this year.) Laugh all you want, but kids might just have sixth sense about these things. Two years ago, Benchmark’s Silicon Valley team brought in a then 12-year-old Shelby Rachleff, daughter of partner Andy Rachleff, to assess Neopets. “We seated her in a room with a computer and asked her what she liked and didn’t like,” recalls Gurley, adding, “She loved everything about Neopets.” Benchmark was pretty enamored, too, he sighs, with obvious disappointment over the company’s decision to sell out to Viacom.